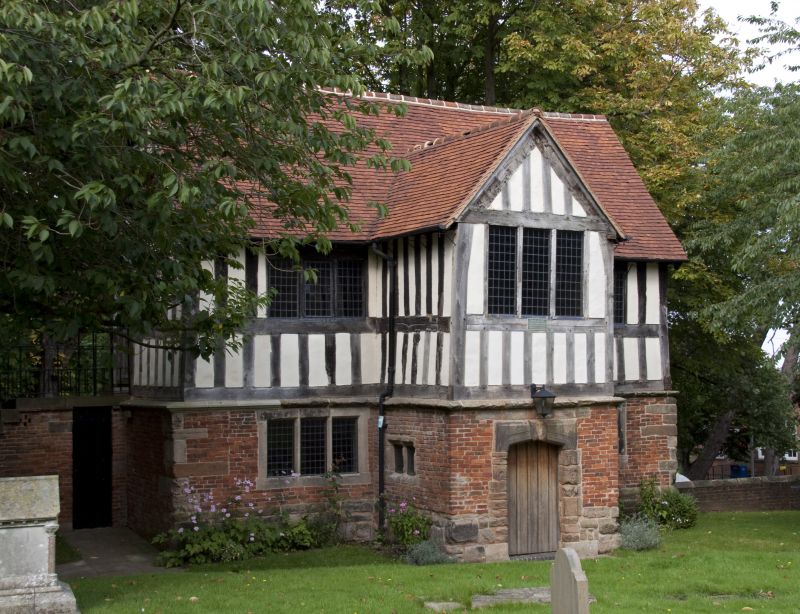 (Formerly listed as Old Grammar School on the north side of the churchyard to the Church of St Nicholas, THE GREEN)

Two storeys; three bays, the centre one advanced, gabled and containing the porch. Ground floor apparently underbuilt when the porch was added probably in the late C16. All windows mullioned, in stone on the ground floor and in wood on the first. On the right hand return, a window with rusticated tracery. To the left, a modern staircase of c1910. Inside, some simple C17 panelling and the roof of three trusses forming two centred arches.

HISTORICAL NOTE: The building, while empty, was the target of an unusual attack by suffragettes. The Women’s Social and Political Union (WSPU), formed by Emmeline Pankhurst in 1903, used militant methods including attacks on property its campaign to get the vote. This extended to arson, but as the target was property rather than people suffragettes only attacked empty buildings. In April 1913 two windows were forced open but no fire was set. A message on the blackboard read ‘Two Suffragists have entered here, but charmed with this old-world room, have refrained from their design of destruction.’