A Grade I Listed Building in Fowey, Cornwall 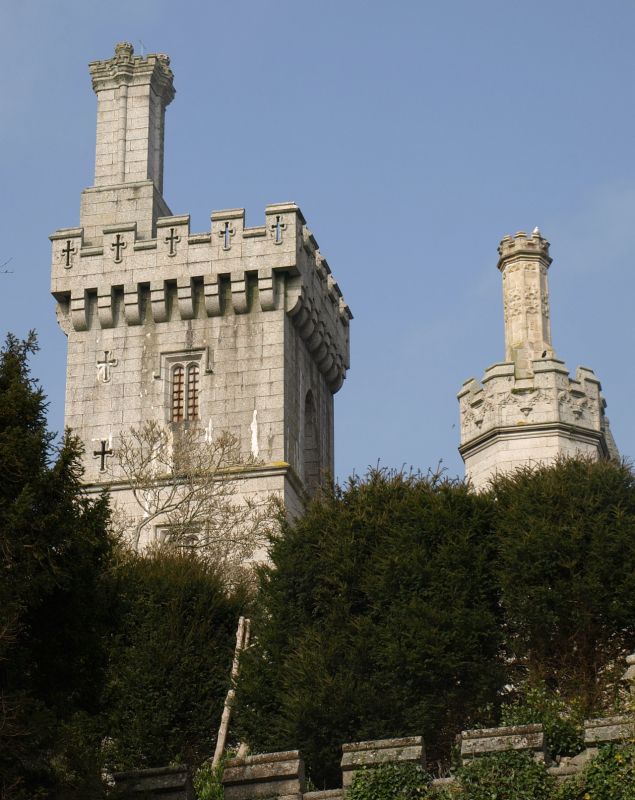 2.
A large stone-built house. Mainly early C16 but of mid to late C15 origin.
The seat of the Treffry family, playing a large part in the life of Fowey,
and was defended against the French in 1475 by Dame Elizabeth Treffry,
and soon afterwards strengthened and largely rebuilt in early C16. The
east front dates from 1791 and mainly from 1817-45. The south front is
of 2 storeys with 10 windows overall, broken by 2 extremely fine early
C16 ornamented bay windows and by external turrets and a large square
tower on west end with corbelled and battlemented parapet. This replaces
a tower described by Leland which fell in C18. The windows are stone
mullioned with traceried lights and label moulds. The eaves parapet bay
windows and turrets are battlemented. Interior Gothic revival.