A Grade I Listed Building in Friskney, Lincolnshire 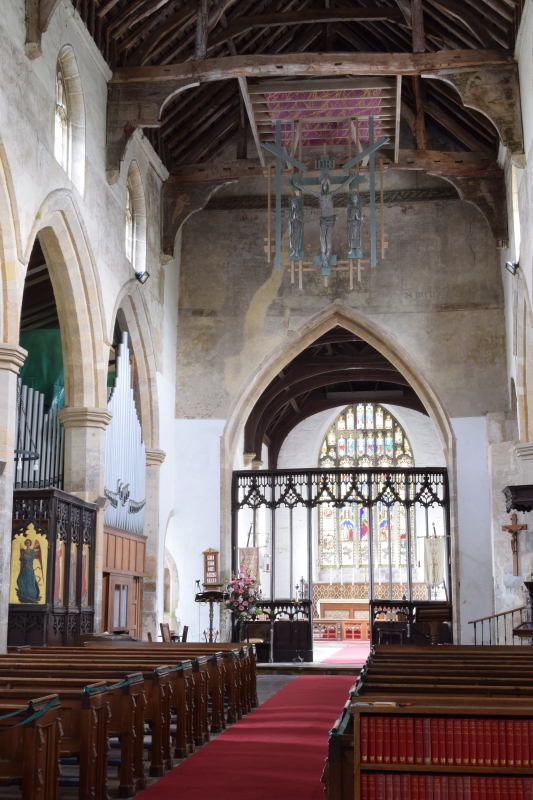 North arcade with small semi-circular headed archway cut through by chancel arch. C15 parclose screens at the east end of the north and south aisles, the west end of the north aisle, and a C15 rood screen set in C14 chancel arch with a pointed double chamfered head dying into rectangular jambs. All the screens with openwork traceried panels with cusped panel tracery, crocketed and finialled ogee heads. Earlier roof line of former chancel above arch to east. Rood loft staircase in south arcade to east, with ogee head, continuous moulded surround. Pointed opening above at level of rood loft.

Ornate pulpit of 1659 of four sides with arched panels, strap work bands, fluted pilaster strips, ornate back panel and tester, the latter with brackets and pendentive finials. C15 bench ends in the chancel with poppy heads. C18 oak hudd in interior porch with semi-circular opening, gable, recessed panels inside and three sided back; said to be one of six in existence and originally used to shelter the priest at funerals. C14 defaced effigy of a knight minus his arms and shins. C18 chest. Small C17 chest with strapwork band.