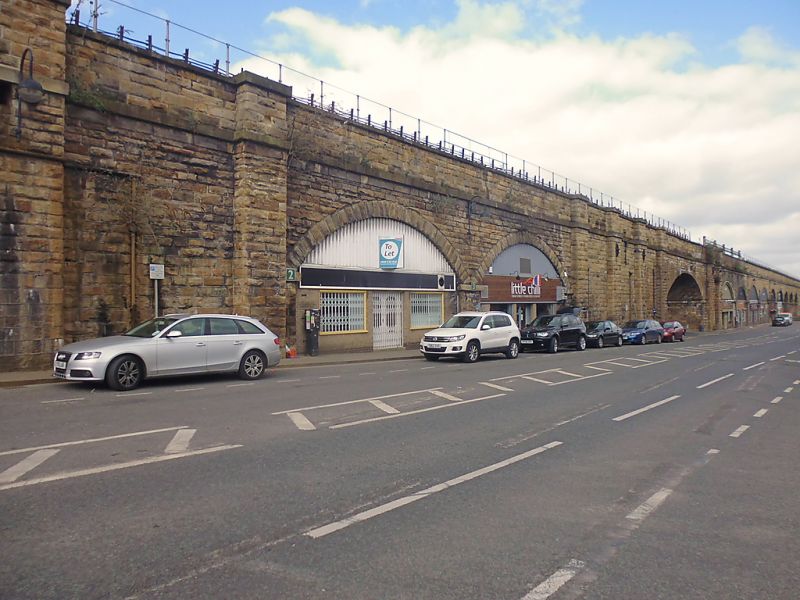 VIADUCT STREET
1.
5113
(West Side)
Huddersfield Railway Viaduct
SE 1417 28/100
II
2.
1845-47. The contractor may have been Thomas Nicholson who was employed by
the company to build Stanedge Tunnel. Rock faced stone with smoother imposts
stand, and parapet coping. Tapering piers. Eighteen round arches from north
and as far as Bradford Road, every third arch part blocked with a smaller
concentric arch open. Twenty-six segmental arches from Bradford Road to John
William Street, which has a flat iron span. Arches taking principal roads
have rusticated ashlar voussoirs buttresses at critical parts 663 yds long.
Owing to errors in calculating gradients the viaduct had to be raised to a
higher level in course of construction which delayed the opening of the line
until 3 August 1847.