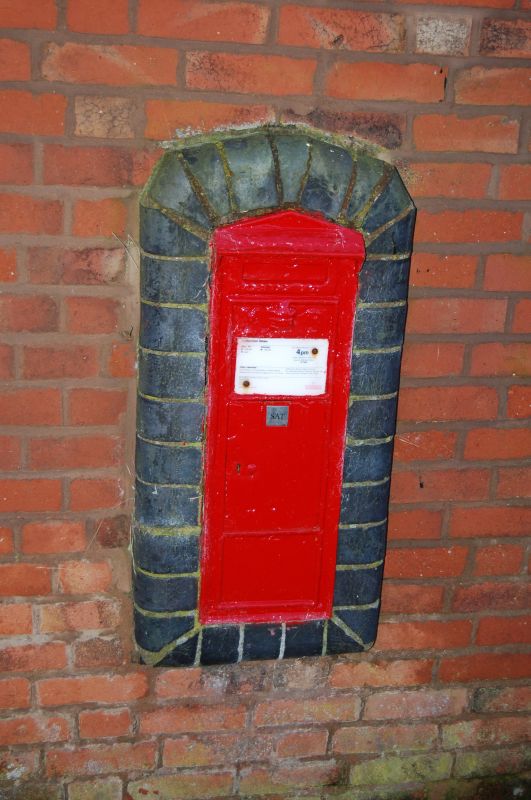 Civil Parish: Walton on the Wolds

Post box. 1859. Painted cast-iron with pedimented aperture hood. The panel
below the aperture has raised VR with central crown. An example of the first
standard wall box with pedimented hood and made by Smith and Hawkes of
Birmingham. Blue brick surround. The mid C19 outbuilding to which it is
attached is not of special architectural interest. (Information from the Letter
Box Study Group).