A Grade II Listed Building in Abingdon, Kensington and Chelsea 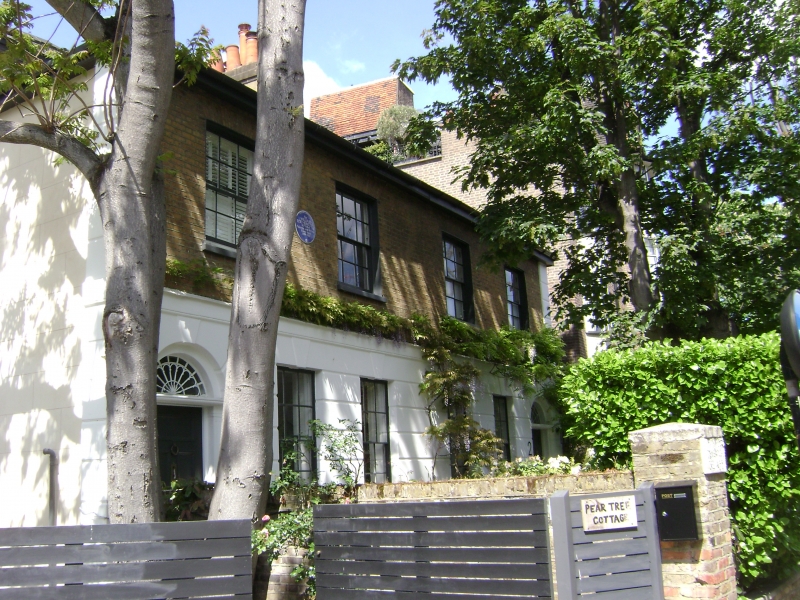 GV
II
Semi-detached pair of cottages dating from the early C19. They are two storeys high, plus basement, and each is two windows wide; the roof is hipped and covered in slate. The houses are of brick construction with channelled stucco to the ground floor and quoins at the corners; there are semi-circular fanlights to the doors. There are railings to the front gardens.

From 1909-11, No 1 Pembroke Cottages was the headquarters of the Suffrage Atelier, an organisation set up by a group of artists to produce suffrage propaganda. An appeal for studio space published in ‘Votes for Women’ led Laurence and Clemence Housman to offer their home studio for use by the group. Many suffragette banners were stitched in the studio, including some for the huge Women’s Sunday demonstration in June 1908.

Although the Suffrage Atelier was not aligned to any suffrage society, the Housmans were closest to the Women’s Social and Political Union (WSPU), the militant suffrage society formed in Manchester in 1903. Bertha Sharp, the secretary of Kensington WSPU used Pembroke Cottages as her address, and in 1911, when the WSPU organised a boycott of the census, the return for Pembroke Cottages recorded its occupants as Laurence Housman and four anonymous women who refused to give their identities.