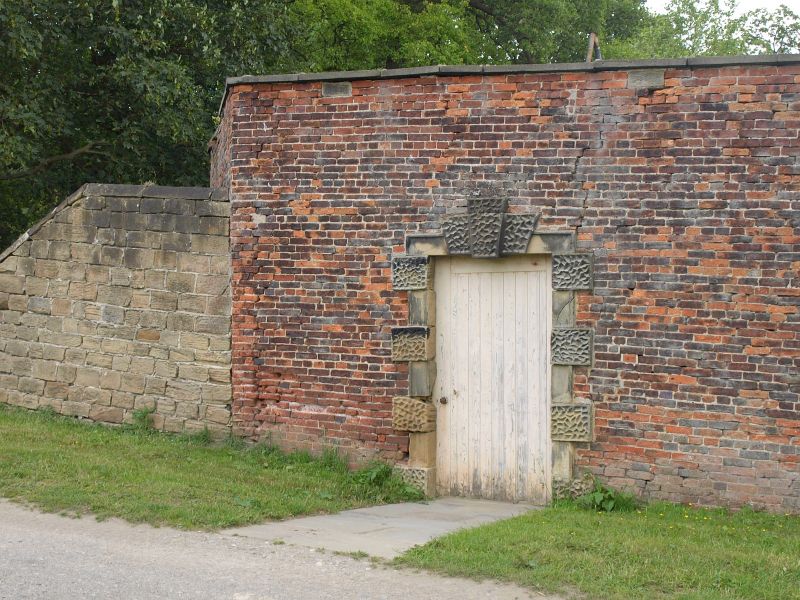 Walls to former fruit-garden, now sheep fold. Mid-late C18 for Edwin Lascelles
1st Lord Harewood. Orange-red brick (English garden-wall bond) walls with ashlar
coping. Forms an equilateral-triangle with walls running in directions north-
south, north-east, east-south known respectively as the North-wall, West-wall
and Long-Border Wall. The West wall has at its northern end stone doorway with
rusticated Gibbs surround and triple keystone, broad projections for heated flues.
At the southern end the Long-border wall almost meets the West wall giving access
into the garden for its modern use as a sheep fold with continuous lean-to with
corrugated iron roof on timber posts with sheep pens in the centre.

At one time fruit of all kinds were grown here for Harewood House (q.v.). In
particular it is recorded that peaches, nectarines, pears of all kinds, Victoria
plums, greengages, apricots, corden goosberries, corden apples and Morello
cherries were all grown here.