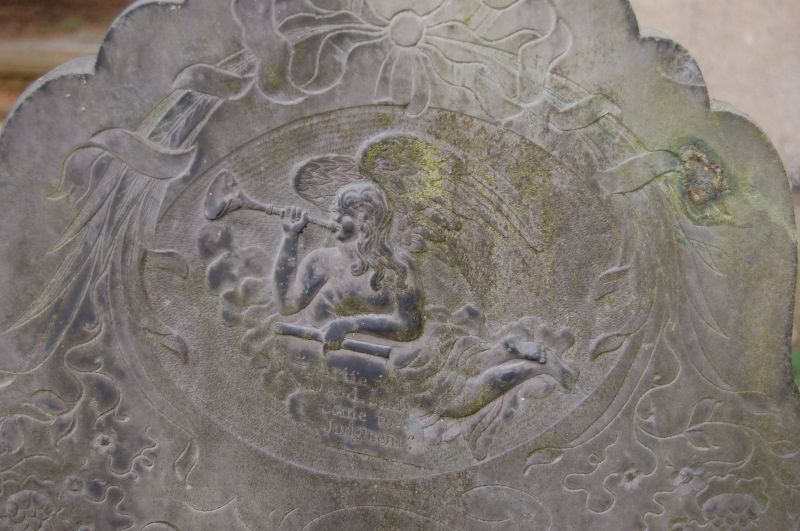 Entry Name: Group of Headstones in Graveyard of Church of St Michael and All Angels Along South Side of Nave

6. Rectangular with simple decoration to: William Burrows son of
John and Mary Burrows d.1766 in his 21st year.

8. Large, rectangular with classical detail with a small relief
carving in head. Inscribed in capitals "Reader! The green
sod on which thou stands covers the remains of John Burrows ..."
Signed Wood, Bingham.