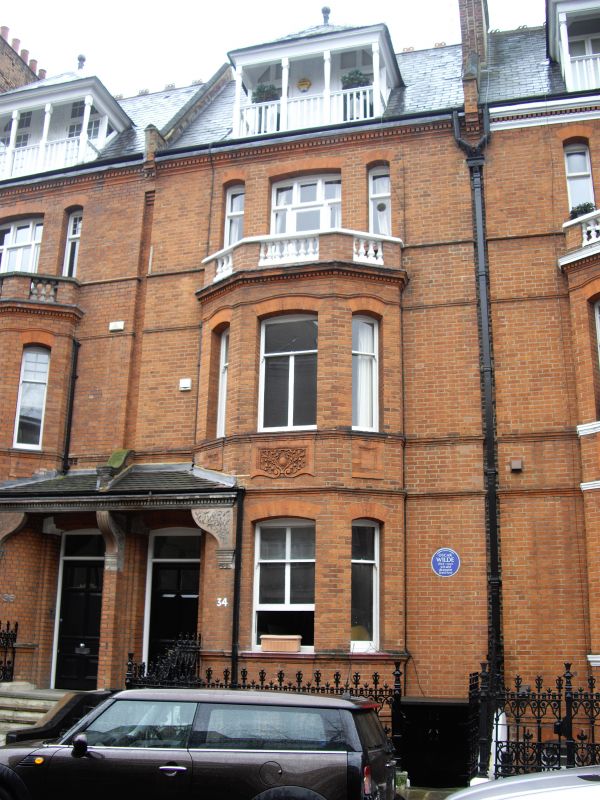 C19 terrace house listed for historic interest. Originally No 16. It was the family home of Oscar Wilde and his wife Constance Lloyd from their marriage in 1884, and that of their children, Cyril, born in 1885, and Vyvyan, 1886. The family lived there until Wilde’s trial for ‘gross indecency’ in 1895, when he was sentenced to two years with hard labour after being found guilty of engaging in sexual acts with other men. Following his conviction, Constance took the surname ‘Holland’ in a bid to disassociate herself from the scandal, and moved her sons to schools in Europe. The house has a London County Council (LCC) plaque on it, recording the association with Wilde. Brick-built with two-storeyed bay window. Three storeys, basement and attic. E W Godwin decorated the interior for Wilde in 1884.
Listing NGR: TQ2778077910