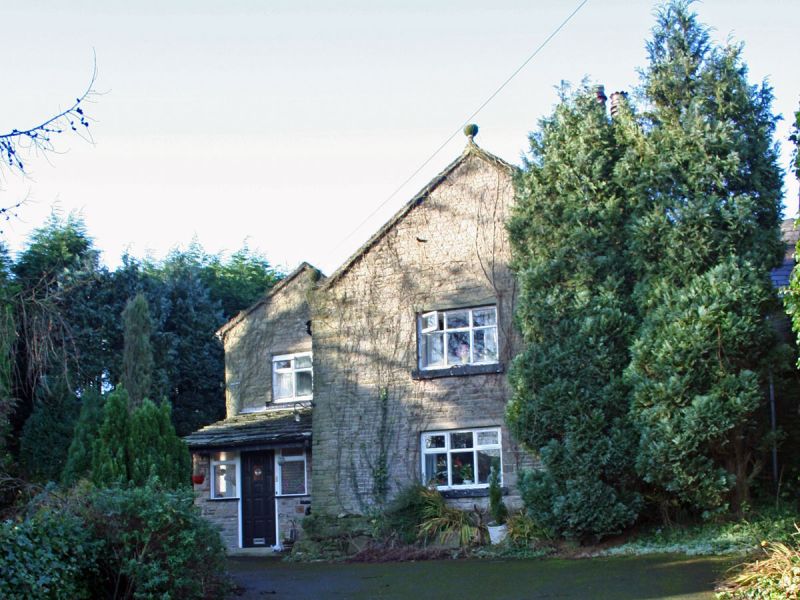 Farmhouse: dated 1695 with C18 and late C19 additions and alterations.
Coursed, squared sandstone rubble with sandstone dressings, Welsh
slate roof and 2 brick chimneys. Core is a 2-room parlour wing of
L-shaped farm, with additions to south and west sides. Single bay
gabled front with kneelers, bead-moulded coping and ball finials has
late C19 wooden casements. A 4-light rubble stone, chamfered mullion
window with a hood mould to the rear and a similar 3-light to the left
suggest the originals. A C18 extension to the left, but set back, has
original, but moved, moulded stone doorcase with raised centre
containing the date. This is hidden behind late C19 porch.
Interior: Original plan survives with parlour to front, larder to
rear, and 2 bedrooms above. Dogleg stairwell reveals some timber
framing and has original door with 6 flat panels and fluted rails. An
ovolo-moulded beam survives in parlour as do traces of a corner
fireplace.