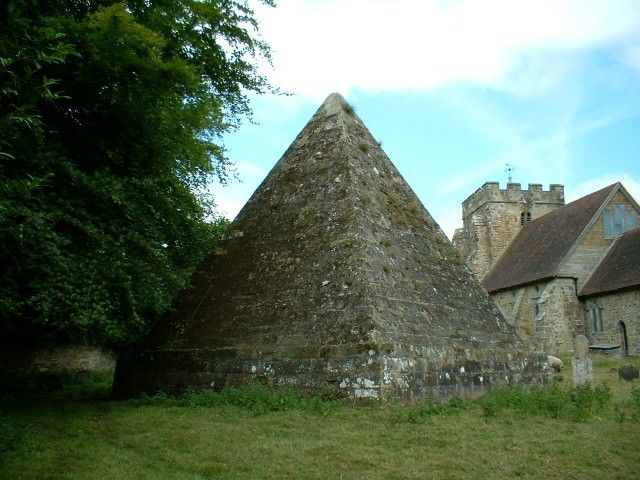 Entry Name: The Mausoleum of John Fuller in the Churchyard to the South East of the Church

In the entry for;

38/1A The Mausoleum of
John Fuller in the
churchyard to the
3.8.61 south east of the church

The grade shall be amended to II* (star)

38/1A The Mausoleum of John Fuller
in the churchyard to the
south east of the church
3.8.61

Designed by Sir Robert Smirke for John Fuller of Brightling Park (then called Rose
Hill) MP and patron of Turner, sometimes called "Honest Jack" or "Mad Jack". He
died on the 19th April 1833, but it was erected in his lifetime in 1810. It takes
the form of an ashlar pyramid about 20 feet high on a base which is three feet
high. Sealed doorway on south west side. Fuller is said to have been buried in
it in an upright position wearing a top hat and with a roast chicken and a bottle
of claret beside him but this legend has since been disproved.