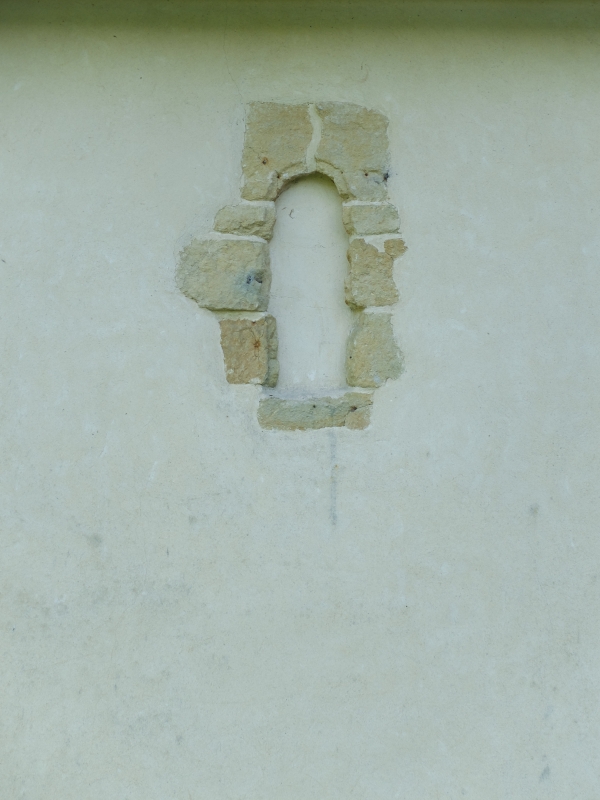 COLEMORE & PRIORS DEAN PRIORS DEAN
SU 72 NW
9/3 Priors Dean Church
16.3.54
II*
GV
Parish church, without dedication. C11, C13, Restoration of 1856. Aisleless
Romanesque building, of possible Saxon origin, with north porch and western bell
turret. Cemented walls, 2 flat and 1 stepped buttresses at the south side, Norman
north door, slender Victorian/Norman windows, with one original lancet and a small
blocked Norman window on the south wall of the chancel. Tiled roof, hipped at the
west, with a stepped bell turret (1856), having a small broach spire. Tiled roof
to open porch, with a timber frame on stone walls. Interior: plain walls with deep
reveals, a 'Norman' chancel arch (1856) with couple ½-columns (with cushion caps);
at the west end the 4 massive timber piers (medieval) which support the bell turret
(1856). The chief feature of the church is the series of monuments in the chancel,
including (1) a wall monument with a Corinthian frame enclosing 2 oval recesses
containing the portrait busts of John Compton and his wife Jane (died 1653 and
1634), (2) a similar wall monument with Ionic pilasters and marble portrait bust of
Compton Tichborne (1637), (3) a wall monument with Corinthian flame enclosing a
kneeling female figure (and 2 small children) to N Stoughton and Bridge Compton
(1631), (4) a classical monument with a kneeling female figure, of Eliz Tichborne
(1622) and (5) a monumental brass on a floor stone, of John Compton and Jane
Michelborne (died 1606 and 1586). There is a 'Norman' font of 1856, and a chair of
1657.