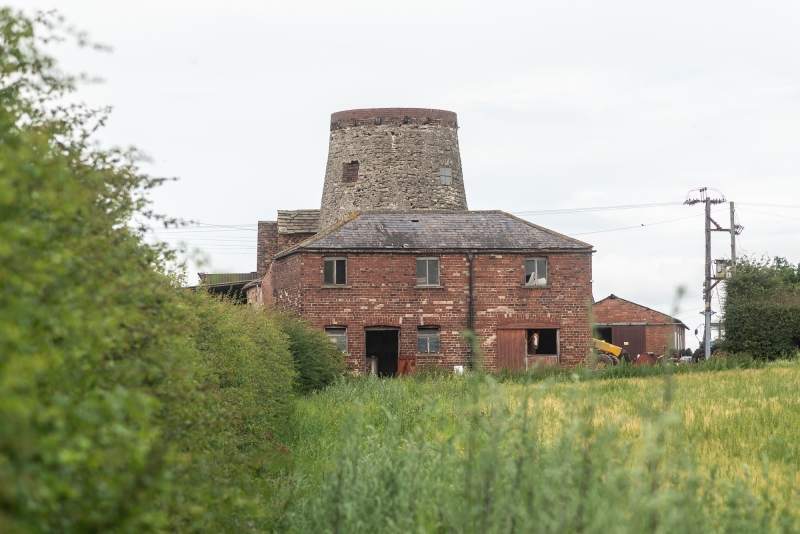 Tower windmill with south wing. Probably C18; altered. Coursed magnesian
limestone blocks, stone slate roof to wing. Circular tower of 4 stages
tapering in the height, superstructure missing and replaced with 4 courses of
modern brick laid on wooden frame to former cap; opposed raised doorways in
east and west sides, an altered basement doorway and 3 vertically aligned
square windows on the south-east side, 4 similar windows on west side.
Attached on south side is a low 2-storey wing with a doorway and square cart
door at ground floor, a raised door to 1st floor flanked by small square
windows (damaged): hipped roof.

Interior: tower and wing interconnected by round-headed archway at basement
level; massive oak beams and frame in tower. (Addition on north side not
included in the item).