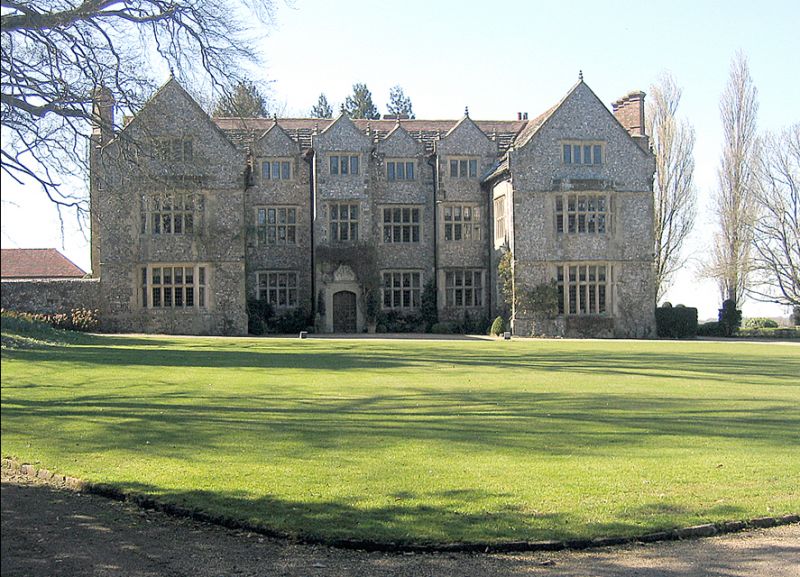 2.
This house was probably built by Walter Dobell between 1607 and 1627 and was
occupied by the Dobell family until 1734. It is E-shaped with its main front
facing east. Three storeys. Six windows. Faced with knapped flints with
long and short ashlar quoins to each window bay. Horsham slab roof. Casement
windows with stone mullions and transoms. The 2 projecting wings have a bay
on the ground and first floors containing a window of 2 tiers of 6 lights and
a gable over with kneelers having finials above the apex and the kneelers.
Between the wings are 4 small similar gables. In the angle of the north-east
wing is a smaller projection. Between this and the south-east wing is a central
porch. This has a doorway with fluted pilasters, projecting cornice on console
brackets and cartouche over. The north wall has a massive chimney breast of
flints and brick. The south wall also has a massive chimney breast but, including
this is faced with roughcast on the ground floor and tile-hung above. The
hall has a contemporary stone fireplace and a room in the south-east wing a
similar fireplace and early C17 panelling.