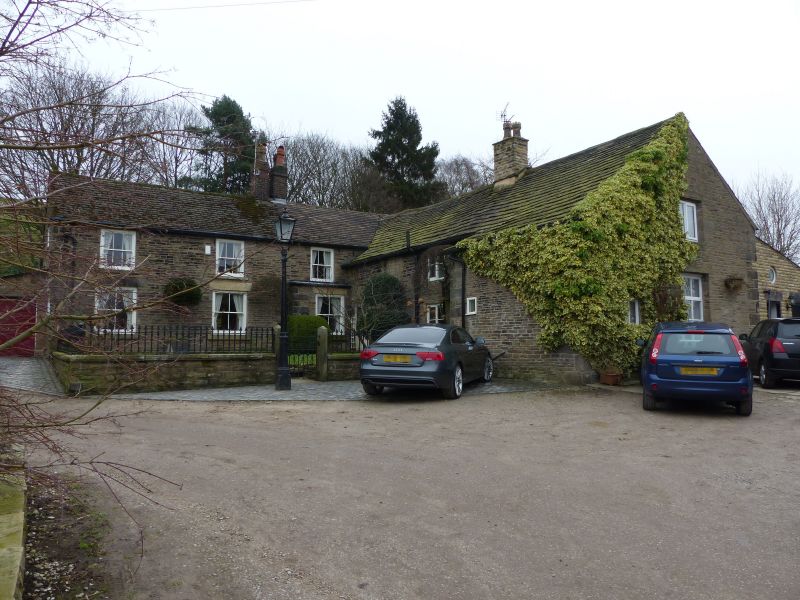 Farmhouse, now house. Late C17 with a wing of C19. Squared
rubble with stone dressings and graduated stone slate roof.
3-unit baffle-entry plan which has a large later wing to the
left and 2 storeys throughout. The house-part is flanked by
projecting crosswings with quoins. The former door (now
blocked) is adjacent to the right crosswing and has a
chamfered surround and shaped lintel. A C19 door was
inserted adjacent to the left crosswing and has a 4-panel
door and moulded surround. There is a 2-light casement
window on each floor between the doors The C19 wing has sash
windows on each floor with wedge lintels and stone sills.
Total of 3 chimney stacks and a lean-to garage against left
gable. The left crosswing extends to the rear in rock-faced
stone and a patio door is inserted to rear of the house-
part.