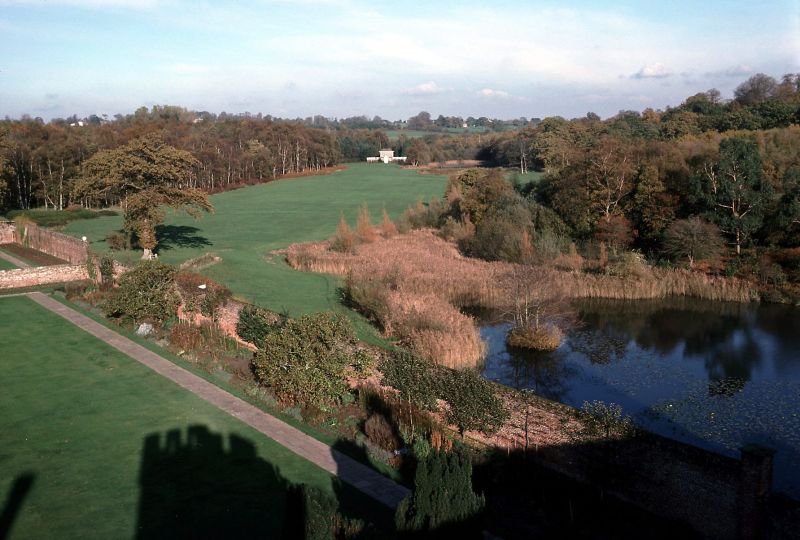 Garden walls. Probably mid C16 and later altered. Red brick mostly in English
bond, with some C20 patching; ashlar. Rectangular garden enclosed by walls approx.
3 metres high, ramping up to 4 metres high at north end where garden is raised.
Some sections of wall show different phases of building, the east wall having central
lower section of header-bond brickwork with English-bond brickwork above. Quadrant-
sectioned coping with top course of headers and ball finials at points where wall
ramps. Near south end of west and east walls each has a square-sectioned pier,
the east wall ramping down, with stone coping, to die into castle, the west wall
stepping down. Both these walls have 2 round-arched doorways (south-eastern doorway
elliptically-arched), Raised garden south retaining wall is approx. 2 metres
high with saddle-back stone coping and central flight of C20 stone steps with stone
piers and console-bracketed balustrade. North wall has offset brick buttressess
along north side, and central C20 bowed alcove with ashlar colonnade at front and
French windows in bow.

A survey of 1570 records a walled arbour and orchard to the north of the castle
(D. Calvert, The History of Herstmonceux Castle, p12).