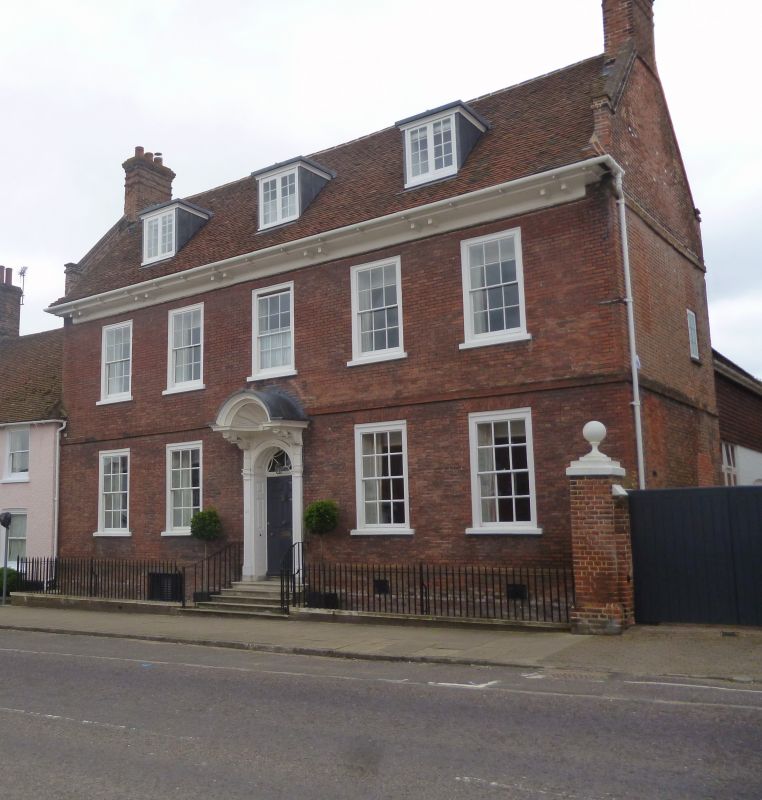 8.7.52
GV
II*
Early C18. Two storeys and attic and cellar, five windows. Symmetrical facade with red tile roof, parapet verges, three flat-roofed dormers (with casements), moulded wooden cornice of bold projection on pairs of carved (modillion) brackets, returned on itself at ends which are set in from the corners.

At the west side is an entrance gateway, flanked by square brickpiers, with plinth, surmounted by stone cap and ball finial.