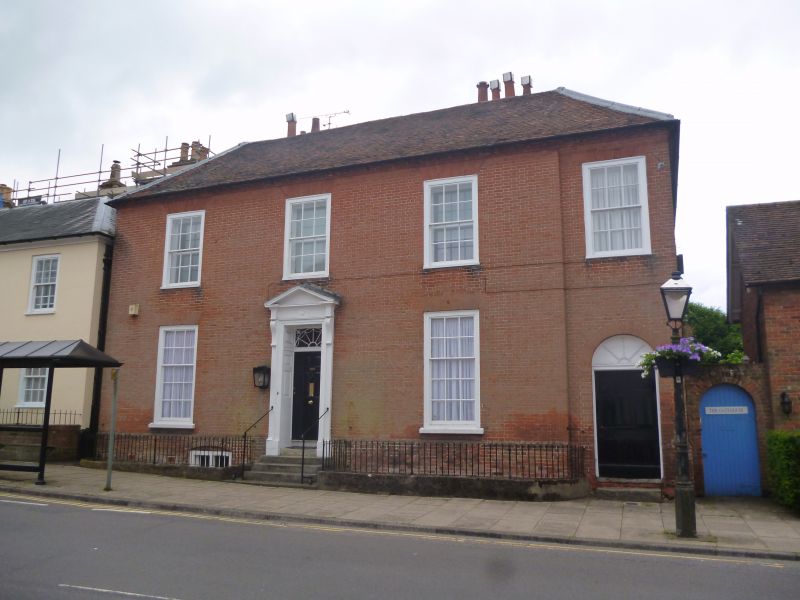 Circa 1780. Elegant facade (north) of 2 storeys, based on a symmetrical
arrangement of 3 windows, but with a narrow 1 window addition to the west,
set back slightly. Red tile hipped roof, moulded and bracketted brick
eaves. Red brick walling in Flemish bond, with rubbed flat arches, stone
cills, and high plinth. Sashes in exposed frames, with tall ground-floor
windows (folding shutters within). Tall Adam-style doorcase, with 6-panelled
door, panelled reveals, square fanlight with radiating pattern, panelled
pilasters, moulded scroll brackets supporting an entablature with fluted
frieze ornamented with roundels in the centre and over brackets, moulded
and dentilled pediment, entablature broken forward over brackets, 5 stone
steps. The west wing has an arched doorway with fanlight and 6 flush-panelled
door, above steps.