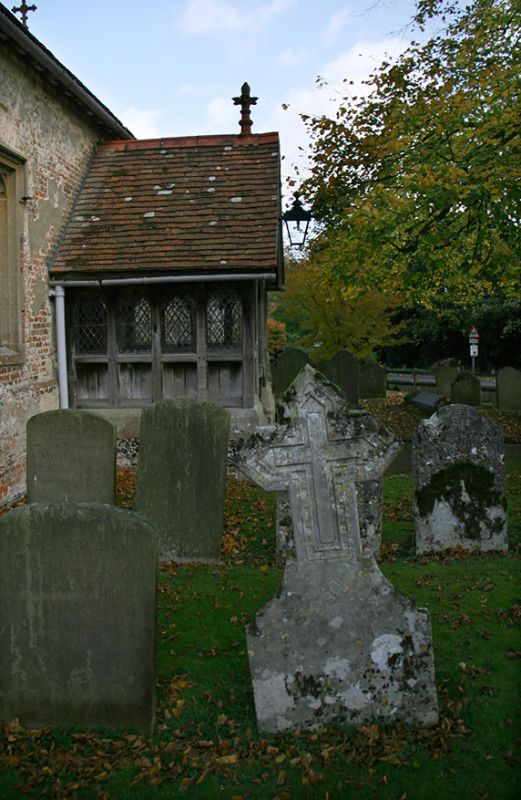 Church of England Parish: Heckfield with Mattingley and Rotherwick

Find accommodation in
Sherfield upon Loddon

C13, C15, C16, C19. The building has a narrow chancel (of C13), a wide nave
(C15, C16) with a short aisle of 2 bays (C19), vestry (C19) and western tower of
C17. The renovated chancel is plain, of flint with stone dressings. The nave
was originally a completely timber framed structure, of which the roof and
gables survive, but the brick walling is a replacement of the C16; a projecting
turret at the south-east corner was the rood stair. A large red brick tower has
a crenellated top and band, a western 3-light window above a doorway opening con-
taining a C15 solid moulded timber frame, there are stepped buttresses (diagonal
at the west side) at the corners. The Victorian aisle and vestry are of lesser
height, in flint walling. Red tile roof. One good 4-light C16 window with a
hood-mould above 5 cusped lights, the other nave windows being copies. The
interior has a C16 wooden screen, 2 groups of C16 piers, monuments, and an old
font.