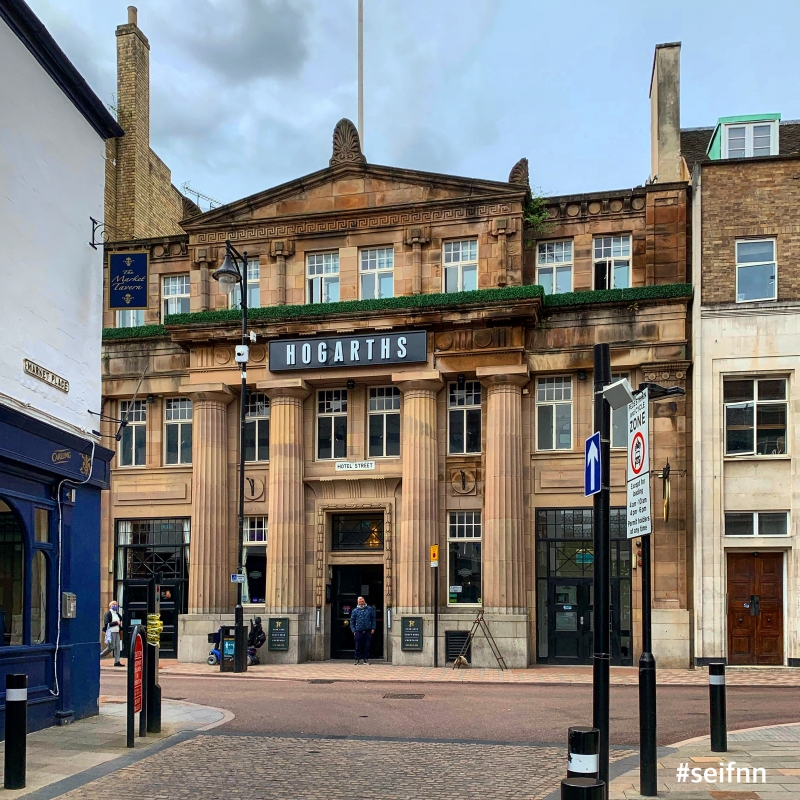 Grey Friars front in Baroque Revival style has five windows. Rusticated ashlar basement has projecting two window centre with two sashes with upper glazing bars, either side single similar set-back windows with beyond single round headed doorways with six panel doors and fanlights in moulded ashlar surrounds. Above central slightly projecting ashlar bay flanked by single giant Ionic pilasters with tripartite window to each floor that to first floor with central pediment. Either side two sashes in plain ashlar surrounds to both floors. Central section topped with entablature inscribed FORTIS QUI PRUDENS and surmounted by a pediment, either side balustraded parapet.