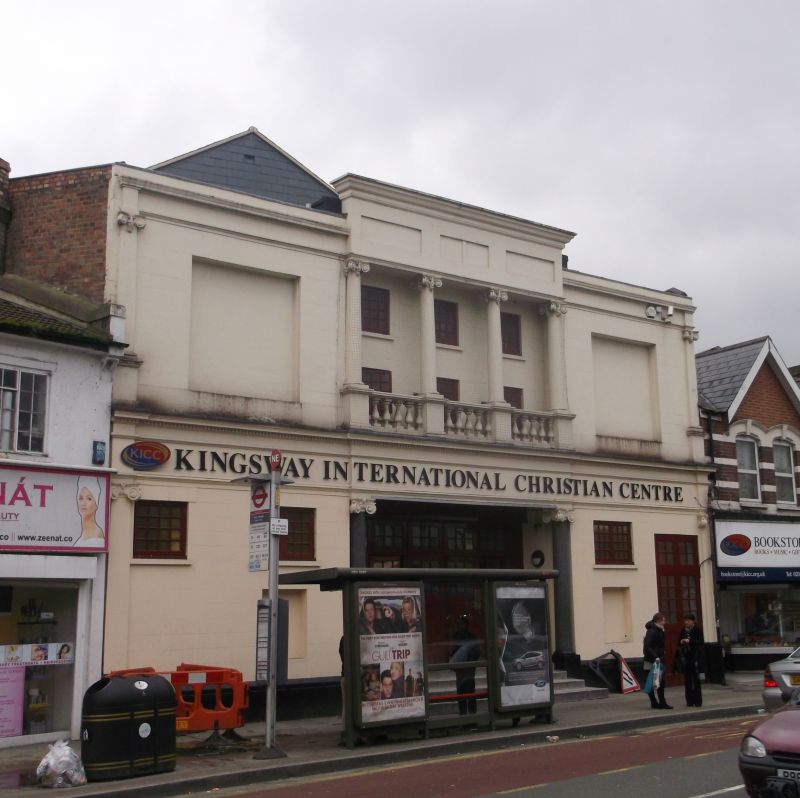 Cinema. 1913, architect unknown, for Messrs Good Brothers, impressarios. Brick, with rendered facade incorporating stone decorations. Low foyer parallel with shops on street, with behind it a double-height auditorium at slight angle to street. Main facade a tripartite composition with higher central section, having a raised parapet supported on four Ionic columns over a projecting balcony. Behind this windows (boarded up at time of inspection) to projection box. Rest of upper facade blind, with lower parapet and an Ionic pilaster at each end. Dentiled string course and band to lower facade, with windows either side of paired double doors.
Interior. Auditorium of double height with shallow balcony at rear. Barrel-vaulted roof and side walls with rich plaster decoration in panels, the side walls with pilasters incorporating rosettes and swags. Deep moulded cornice and frieze continued right round the auditorium. Cyma curved balcony front ending in projecting circular ends originally treated as boxes. Proscenium partially hidden by later canopy but retains pilasters to sides.
Included as an unusually elaborate example of an early cinema, with exceptionally rich surviving plasterwork. The elaboration is especially remarkable for a small cinema in a suburban location.