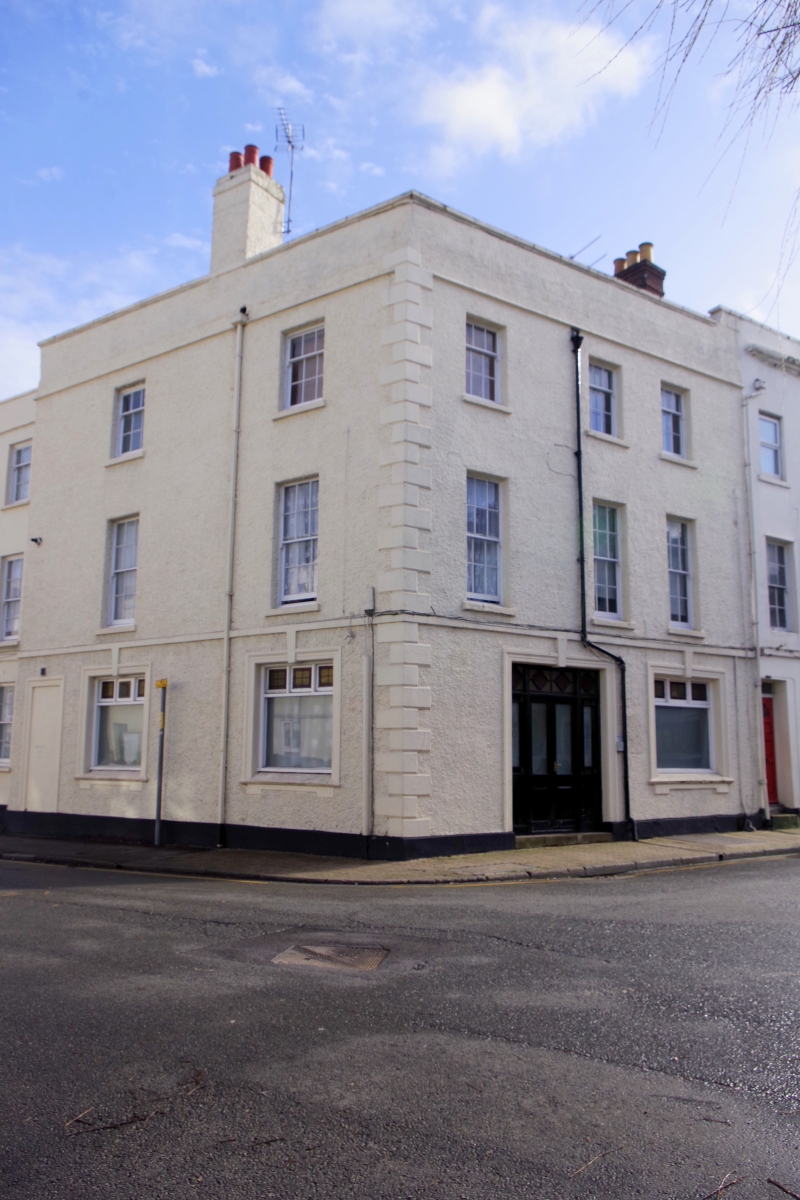 Public house. 1823-5. Part of the development of Oxford Street
for John Bowyer, attorney. Roughcast render on brick, stone
details, slate roof. A block at the corner where Oxford Street
turns to the north-east and built in conjunction with the
terrace of houses, Nos 2-20, Oxford Street (qv) at the
northern end of the terrace.
EXTERIOR: three storeys and cellar; the west and north fronts
with offset plinth, first-floor string course, a crowning
string course and parapet; a moulded crowning cornice similar
to that on the adjoining terrace has been removed; raised
stone quoins at the north-west corner.
On the west front the ground floor has principal entrance to
left in a wide opening with moulded architrave frame and a
raised keystone in the lintel; the doorway in a timber frame
has flanking sidelights with margin glazing and rectangular
transom lights with glazing bars forming a diamond pattern; to
right of doorway, in the original opening with similar
architrave, is a C20 window with side-hung lights above the
transom; on the first floor three tall horned sashes and on
the second floor three short horned sashes, all with glazing
bars (first floor 3x4 panes, second floor 3x3 panes); central
above the entrance doorway, on the first floor, a decoratively
shaped sign panel inscribed "BANKS/THE VICTORIA INN"; on the
north-west front the ground floor has two windows with details
identical with ground-floor window on the west front and to
the left a doorway with fanlight in a similar architrave
frame; on the first floor two sashes and on the second floor
two sashes, with details identical with sashes on the west
front; on the first floor between the sashes a panel matching
the panel on the west front.
INTERIOR: no features of interest to ground floor, otherwise
not inspected.