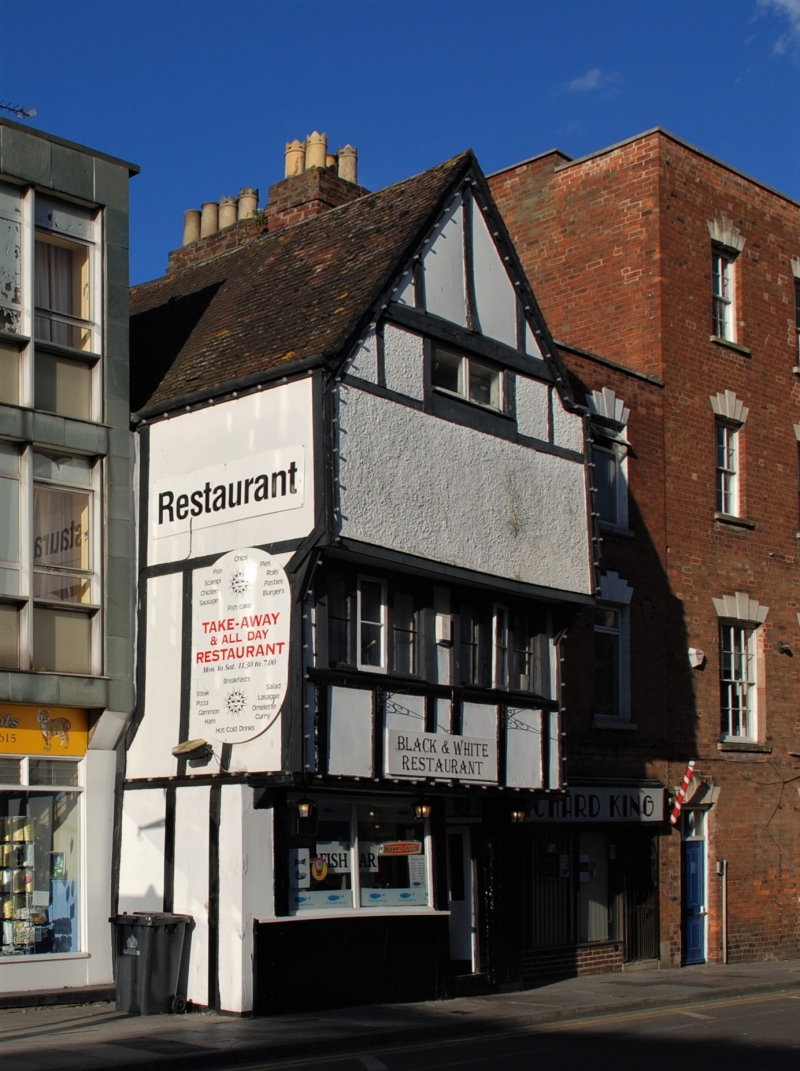 Shop and dwelling, now shop and restaurant. Late C16 with C19
and C20 alterations. Timber frame with rendered panels, slate
roof, brick stack. A front gable range, at right angles to
street and four bays deep.
EXTERIOR: two storeys, attic and cellar; the gable-end front
with jetties at first and second-floor levels supported by
knee brackets at the outer corners of the front; on the ground
floor a C20 shop-front with entrance doorway to right; on the
first floor exposed timber-framing, with intermediate rail and
with studs framing a large panels below each sill of two
similar C19 casements with central, horizontal, glazing bars,
and a narrow panel below and above the intermediate rail in
the centre between the casements, and at each end; on the
attic floor a full width panel between the bressumer and the
tie beam in the gable, panels in the gable between the beam
and the collar tie framing a central C20 two-light window, and
panels above the tie beam. The framing in the ends of the side
walls has been exposed by the recession of the modern street
alignment.
INTERIOR: on the ground floor some exposed framing including a
diagonal brace in the east side wall and in the rear wall; on
the first floor a single room with step-stopped, chamfered
bridging beams, the end of one beam supported by a surviving
knee brace; in the attic angle-braced trusses with collar ties
and purlins; stone walled cellar with chamfered bridging
beams.