A Grade I Listed Building in Bridges, Gateshead 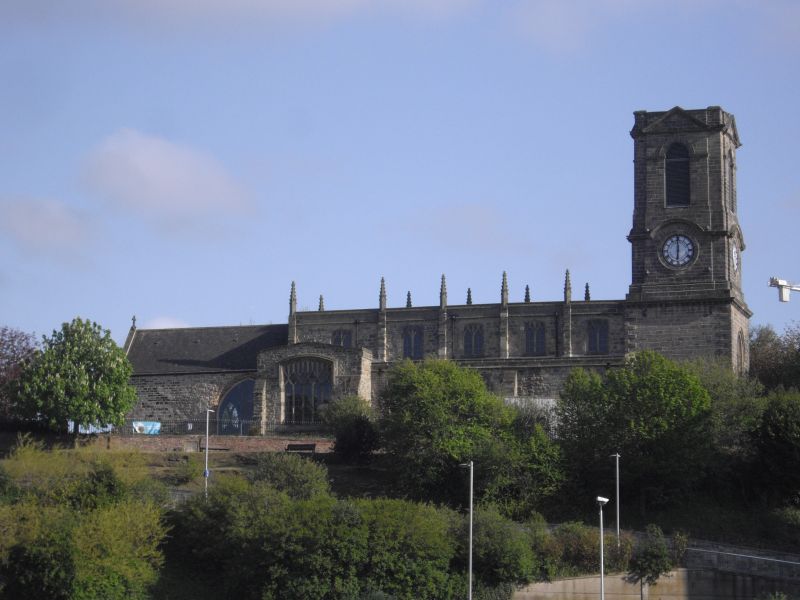 2.
Large Parish Church, mainly C14 but with fragments of Norman work. Chancel much
rebuilt in C19, mainly by John Dobson. Mid C18 west tower. Attached to north
wall "The Anchorage" originally sheltered an anchoress, rebuilt in early C19 as a
school and now used as vestry.

"The Anchorage" has steps to first floor entrance, filled arcade below. Historical
note: There has been a church on this site since early Saxon times.

At time of survey roof partly destroyed, chancel and anchorage damaged by fire.