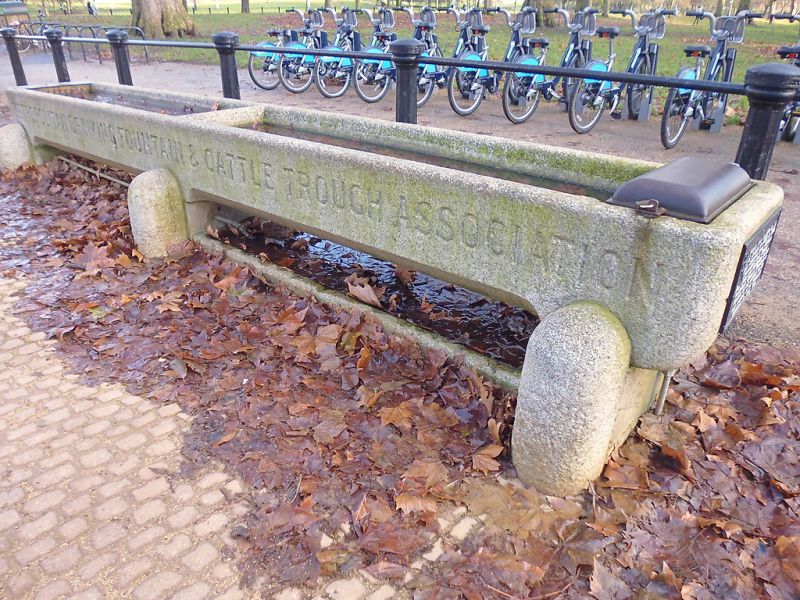 Memorial horse trough. 1892, donated by J H Buxton through the Metropolitan Free
Drinking Fountain & Cattle Trough Association. Grey granite double trough supported
blocks with spur stones at either end; waste water tray beneath. Cistern at one
end. Formerly located at Blackfriars Bridge, the trough was moved to the present
site 1985 as a memorial to horses killed in the IRA terrorist bombing of the
Household Cavalry a year earlier. The south end carries a cast iron memorial
plaque. Founded in 1859 The Metropolitan Free Drinking Fountain Association (Cattle
rough added 1867) provided free fresh water to many humans and beasts at a time
when ale and spirits were easier to obtain than water and most supplies contamina-
ted. Cattle driven to the metropolitan markets and, by 1885, over 50,000 working
horses in London were spared the frequent risk of death from dehydration by the
provision of troughs.