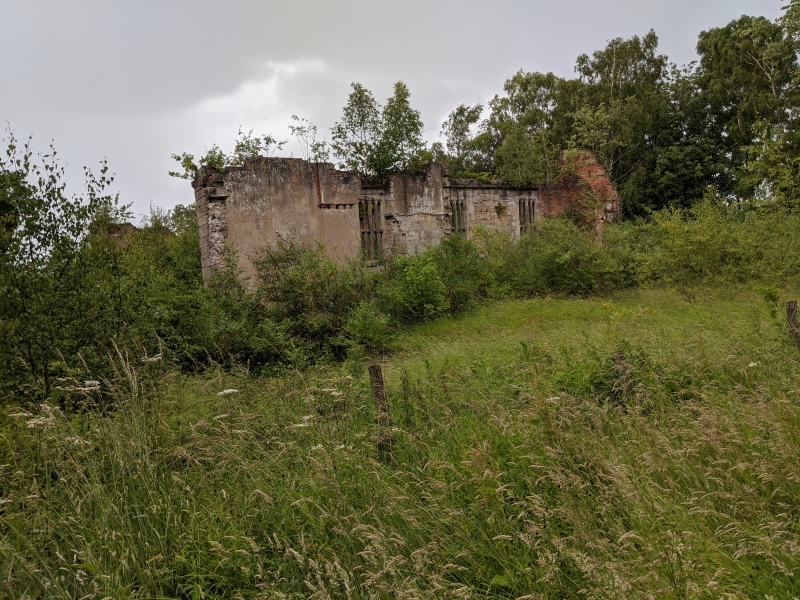 Country house remains. Late C15 core remodelled and extended circa 1600 with further alterations of the C19; dismantled circa 1932. The C15 work is in sandstone ashlar and the later additions in red brick with ashlar dressings. The principal fragment is the south wall of the medieval great hall. It has a chamfered plinth and set high up in the wall are three large late C15 transomed windows with four upper and four lower lights, square heads and Tudor rere-arches. Between the central and left hand windows is an external chimney stack of circa 1600. Towards the west end of wall is a Tudor arch doorway of circa 1600 with ovolo-moulded surround and dripstone and a cyma recta moulded cornice hood. On the inside (north) of the wall to the left of the doorway is a vertical groove in the stonework, which may have taken a screen.

There are two more large fragments of the house to the north of the great hall, both of brick, one C17 and the other C19.