A Grade I Listed Building in Upton, Slough 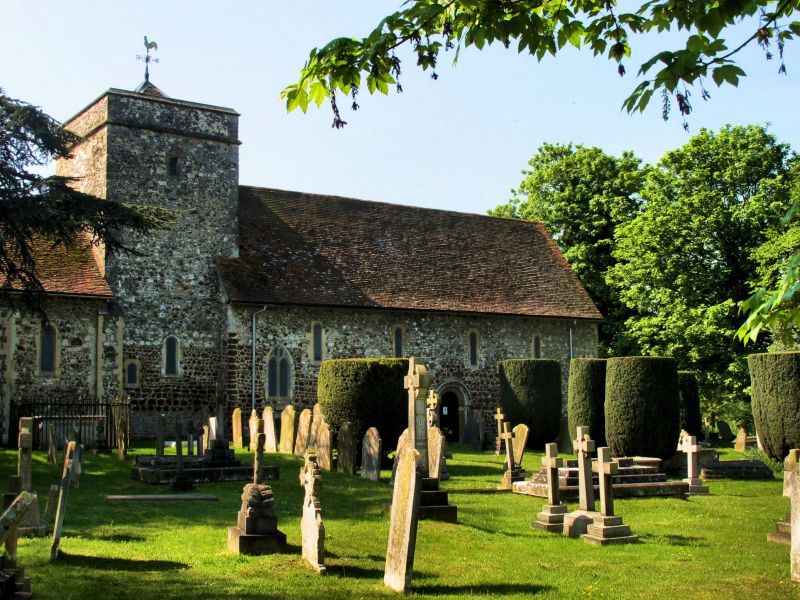 West front: two three-light windows with returned hoodmoulds, and round arched window in gable end above.

South aisle: south side: three round arched windows and two-light window to right with returned hoodmould. Round arched doorway between first and second windows from left with boarded door, three orders of shafts with cushion capitals, and heavy gabled stone surround with circular window in apex.

East end: two-light window with quadrefoil in plate tracery above.

Vestry: four round arched windows to east and boarded door to south.

Monuments include: early C16 brass of Knight with two wives, brass to E. Bulstrade and wife of 1599, and Grecian tablet of 1822 by J. Theakston to Sir William Hershel, the astronomer. George Fordham, the champion jockey who died in 1887 at the age of 50 having ridden 2,500 winners, is buried in the churchyard. This is reputed to be the church where Grey wrote his Elegy.