A Grade I Listed Building in Scarborough, North Yorkshire 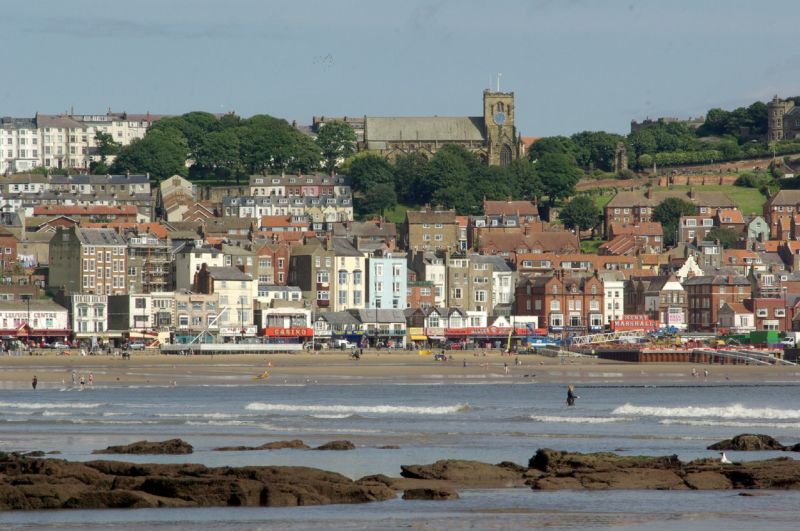 C12. Formerly a very large building with nave, double aisles, transepts and chancel, with 2 west and central towers. The Church was largely destroyed during the siege of the Castle in the C17. The Chancel and West towers except for lower stages no longer remain. Rebuilding and restoration took place in late C17 and again in mid C19. The building has the nave with aisles and a series of stone vaulted side chapels on the south side and a square tower at the East end, replacing the former central tower. The walls internally are almost covered with late C18 and early C19 wall monuments generally of good design and including one by Roubiliac to Elizabeth Craven. Many brass plates removed from stone tombs in Churchyard are also fixed to walls. The very large churchyard is crowded with tombs mainly of C18 and Cl9 including tomb of Anne Bronte near East end. The building stands high above the Old Fishing Port and more or less isolated on account of the gardens on the South side of the Churchyard. The effect is impressive and the open character of the surroundings are worthy of preservation.