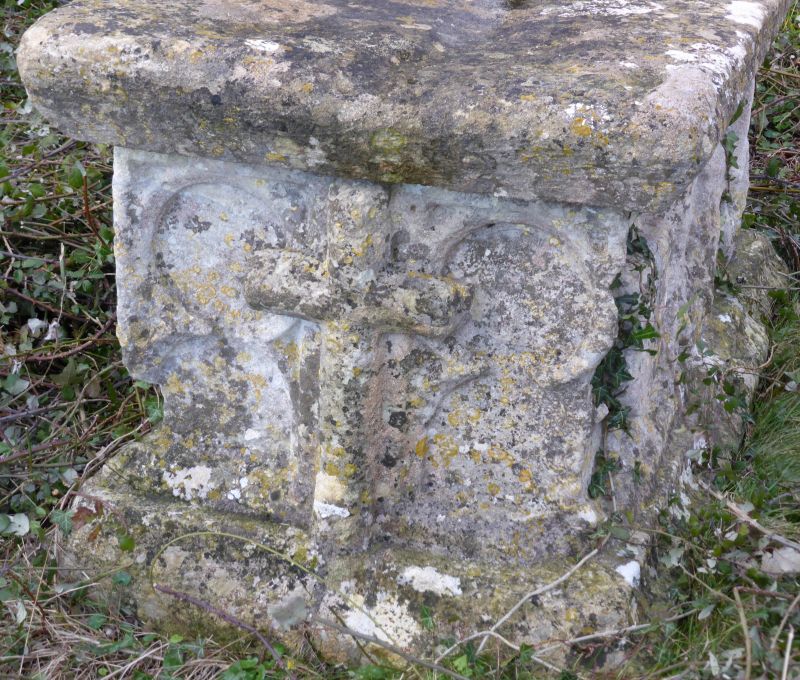 Dole stone for the distribution of alms, C15, ashlar. In form
like a chest tomb with moulded base and heavy cap stone, the sides
with deeply moulded stonework. At each end a cross on a
quatrefoil. On south side a shield on an octofoil, a cusped
panel, a cusped diagonal cross, and half of an octofoil with
shield. On north side a cusped panel, a quatrefoil with cross, a
cusped panel and a shield on octofoil. Possibly a chest tomb made
up of C15 stonework.