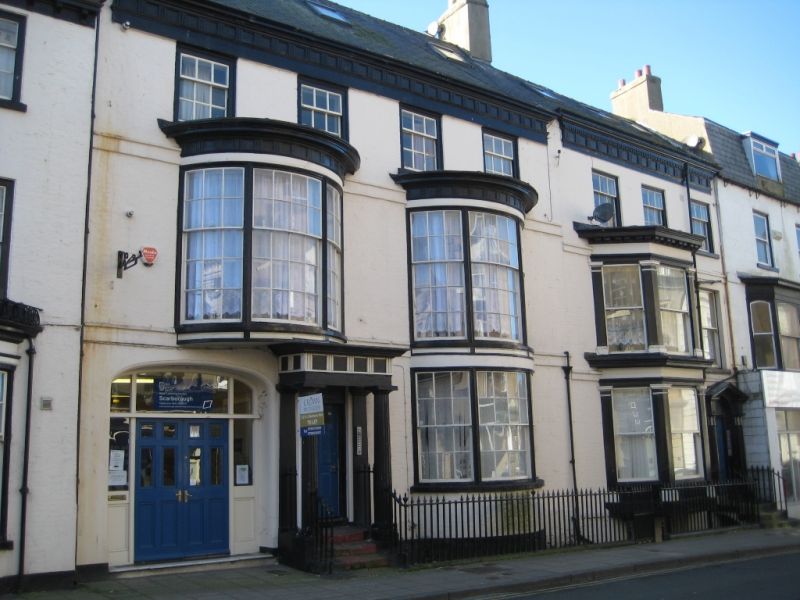 Yard entrance to left hand on ground (altered and built in) with door of six panels, four glazed, with rectangular fanlight adjoining to right under Greek Doric porch of fluted columns and entablature.

The right hand extension has similar entablature to main block but with dentils to cornice. Three windows to third floor, sashes glazing bars intact, one sash over door on first floor and two storey large canted bay, pilastered with moulded cornices, to ground and first floors. The door is of six fielded panels with semi-circular fanlight in panelled reveal with painted doorcase - similar to that of No 5 and 7 qv - engaged Corinthian columns, broken entablature with flat relief vases to each face, open pediment
over.

Interior has been much altered but the staircase of the former end house survives. Open string broad treads with shaped brackets and three close set turned balusters per tread, swept moulded handrail swept round at bottom of flight, panelled dado to wall.