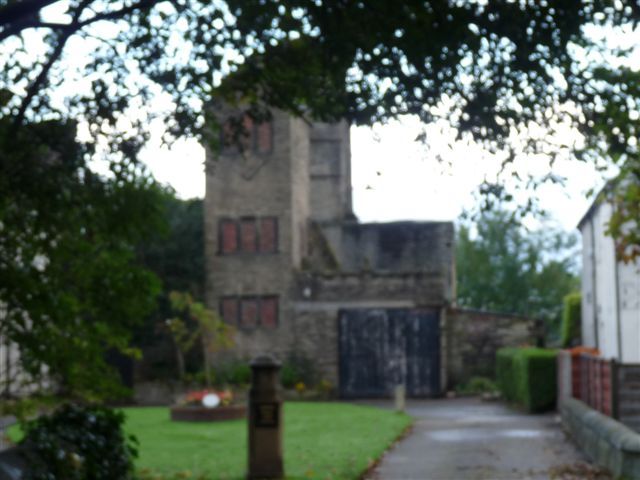 Great house. 1597 said to be on date stone. For the Ardern
family. Dressed stone with ashlar dressings and stone slate
roof. Great hall entered through the side of the central
tower-like feature. Formerly of three storeys although now in a
ruinous state as it has been for a century or more.
Watchtower at rear. Two towers remain on the front, a third
(now demolished) completed the symmetry. Each is of three
storeys with 3-light chamfered mullion window on the lower two
floors, stepped 3-light window with cusped heads on the
second floor and stepped gables (to centre only). Left side
has similar central stepped gable, two storeys and a 5-light
stepped cusp-headed window with stepped transoms. Rear too
has stepped gables and a central projecting stair/
observation tower with octagonal top storey. Tower has two 3-
light chamfered mullion windows and four 2-light double-
chamfered mullion windows to octagonal stage which has a
shallow pyramidal roof. The site is moated and looks over
the Tame Valley. An important survival of an unusual and
distinctive building. Interior not inspected.