Church of St Aidan Including Walls, Railings and Gates 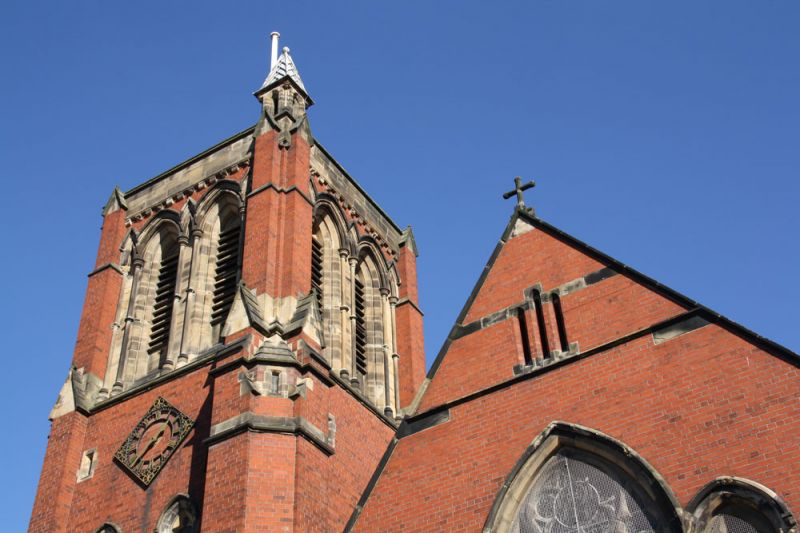 Good late C19 and early/mid C20 stained glass to east window and south aisle, including work by D. Marion Grant, E.L. Armitage and Messrs L. and D. 1940/41. Heavily carved, painted and gilded oak altar has figures of angels and lamb within arcaded antependium. Similar reredos, with figures of saints, angels and Resurrected Christ, has four-panelled sections to either side painted with figures of saints. Octagonal stone font drum and pedestal with four marble shafts and relief ornamentation to panelled sides of bowl and pedestal. Dwarf brick area wall with chamfered stone copings, iron railings and gates, to west, north and east sides of church.