A Grade II Listed Building in Farringdon Without, Westminster 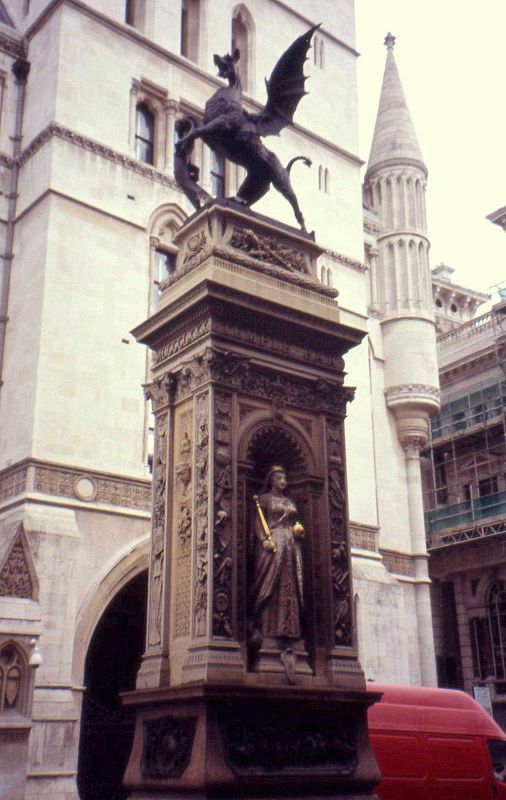 City of London boundary memorial on site of the C17 Temple Bar gateway, unveiled in 1880. The gateway was dismantled in 1878 and subsequently removed, in the late 1880s, to Theobalds Park, Hertfordshire by Sir Henry and Lady Valerie Meux. In 2004 it was re-erected near its original location as an entrance to the Paternoster Square redevelopment. The memorial was designed by Sir Horace Jones with sculpture by Sir E Boehm.  Granite and bronze. Stone pedestal has niches with statues of Queen Victoria and Prince Edward (later Edward VII) and is surmounted by a silvered griffin rampant by C B Birch.

The asset was previously listed twice also under List entry 1359156 in the City of London. This entry was removed from the List on 26 May 2017.