A Grade II Listed Building in Belton and Manthorpe, Lincolnshire 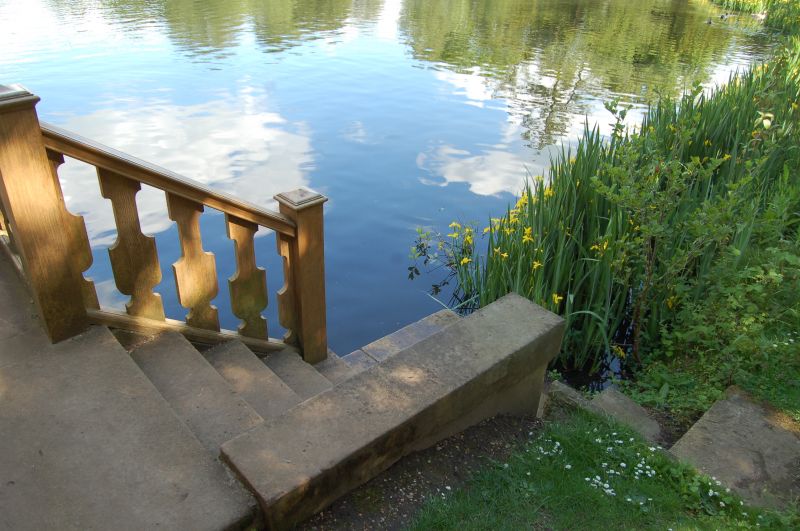 Boathouse in the style of a Swiss chalet. 1838-9. By Anthony
Salvin. Timber frame with brick nogging, rendered and
pargetted. Temporary roof of corrugated iron. Panelled square
brick ridge stack. Single storey. On either side, 3 narrow
windows, those towards the lake being larger. At the landward
end, a moulded doorcase with a Tudor arched weatherstripped
door. The opposite end of the building is ruinous, and the
whole structure is supported by scaffolding. It was intended
as an elaborate landing stage and garden house, rather than a
boat store.
One of several estate buildings by Salvin for the first Earl
Brownlow, c1838-9.
This building appears within Belton Park which is on the
Gardens Register at grade I.
(The Buildings of England: Pevsner N, Harris J & Antram N:
Lincolnshire: London: 1964-1989: 139; Allibone J: Anthony
Salvin: Cambridge: 1988-: 163).