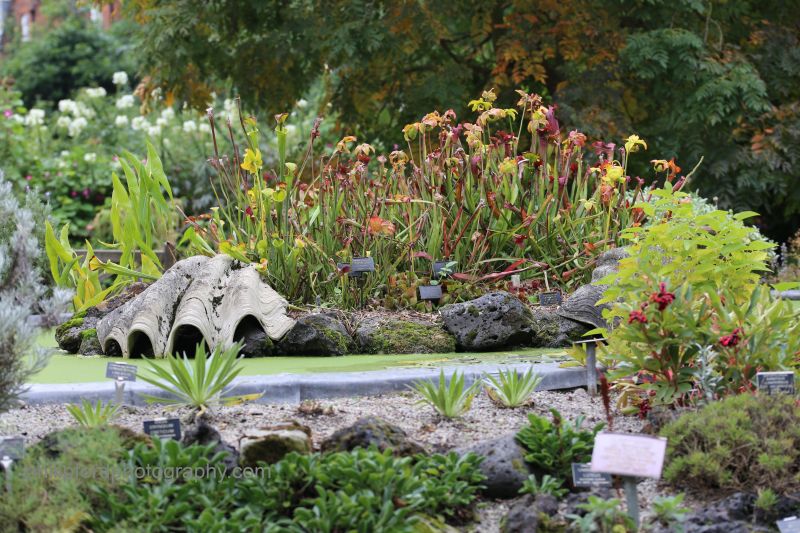 Rockery. Made with volcanic stone from Mount Hecla in Iceland, brought back by Joseph
Banks in 1772, and supplemented with rubble from the Tower of London. Roughly
circular, 15 metres across,1.5 metres high. Later pool at the toil, small, oval.
Probably the first rockery consciously built as a rock garden for plants in Europe.