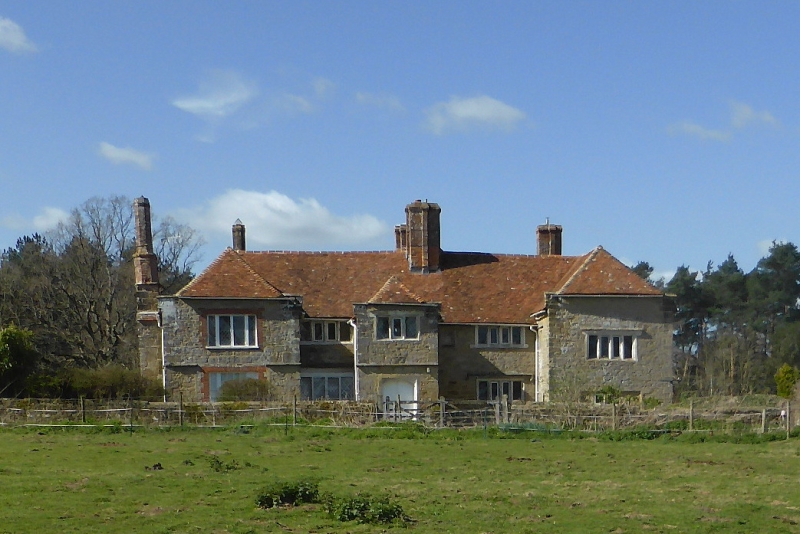 Farmhouse. Originally called Home Farm. Probably the home of the Barttelot family
before Stopham House. The north front and its crow-stepped chimney breast date from
about 1485, hut there was a house here before that. The main front, facing east, is
late C16, but the house was partly dismantled in 1638, when the stained glass window
now the east window in the church, was moved there. The house is E-shaped. Two
storeys. Five windows. Coursed Hythe sandstone. Stringcourse. Tiled roof with hip to each projection. Casement windows with red brick dressings, some painted, stone mullions and diamond-shaped panes. The centre projection contains the porch with room over. Doorway with depressed pointed head, now converted into a window. The south front has two windows and a stone chimney breast with two octagonal red brick stacks. The west front has four windows, two large and one small gable.