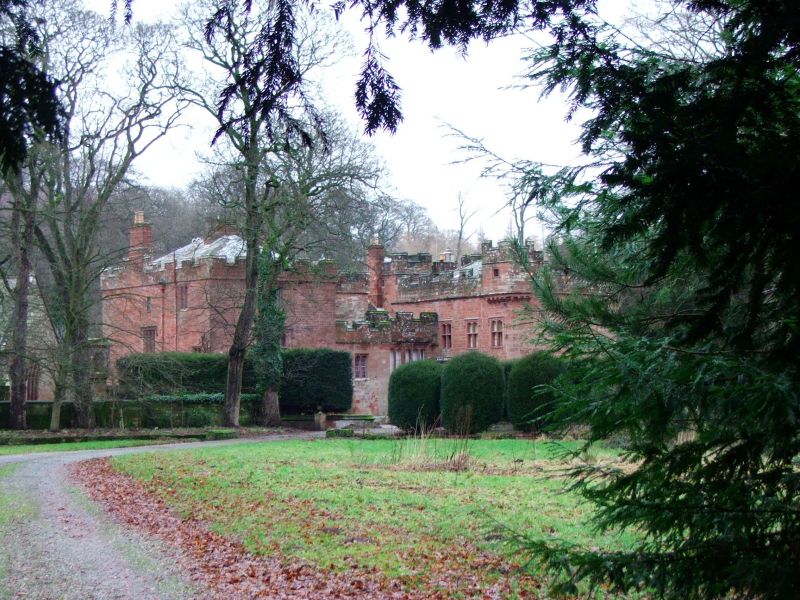 Large house, dating from mid C15 with later alterations and additions. Coursed,
squared rubble and ashlar with quoins. Hipped, graduated slate roofs with
corniced stone chimneys; embattled parapets. The tower, to left of centre on
north side, is known as the Jerusalem; probably built in the 1460s as a
temporary refuge for the Crackenthorpe family who fought on the losing side in
the Wars of the Roses. A more permanent tower was added to the rear in the
early C16; of 2 storeys with corner turrets, life size sculpted figures in
armour were placed on the ridge but these were removed until 1983 when 2 were
returned to Newbiggin. In 1533 a hall was added to link the Jerusalem to a
third tower, which was rebuilt by Anthony Salvin in 1844. The hall was
remodelled in 1569 and a new, oval, dining room was built at 1st floor level in
1796. A further wing was added to the north corner c1890 by C.J. Ferguson. The
majority of windows are mullioned C19 'medieval' reconstructions. Internally,
the original newel stair to the Jerusalem survives. There is a late C16 carved
overmantel and re-used panelling in the ground floor of the C16 tower. Some
original fireplaces and doors.