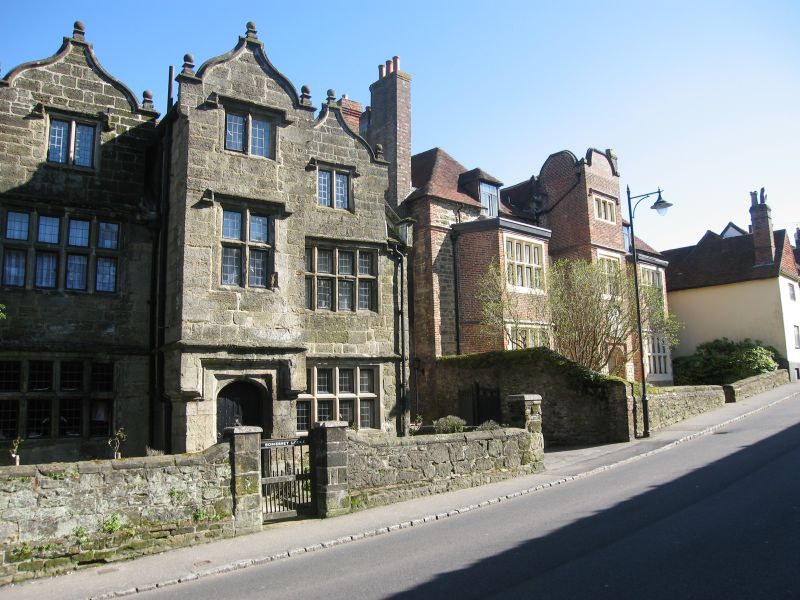 Built as a private residence in the early C17. Converted into almshouses in 1746.
Two storeys and attic. Five windows. Two hipped dormers. Red brick with some stone
rubble. Tiled roof. Casement windows with cement-coated brick mullions and
transoms. In the centre is a projecting porch with a round-headed brick archway
having a dripstone over it and 2 sashes above surmounted by a shaped gable. On each
side is a 2 sash bay with one window between each and the porch. Over the doorway is
a tablet recording: ""This almshouse, usually called the Upper Hospital, was founded
and endowed with divers farms and lands by Charles Duke of Somerset in 1746".
Massive chimney breast on the north wall. Long L-wing behind of lower elevation and
later date than the front.