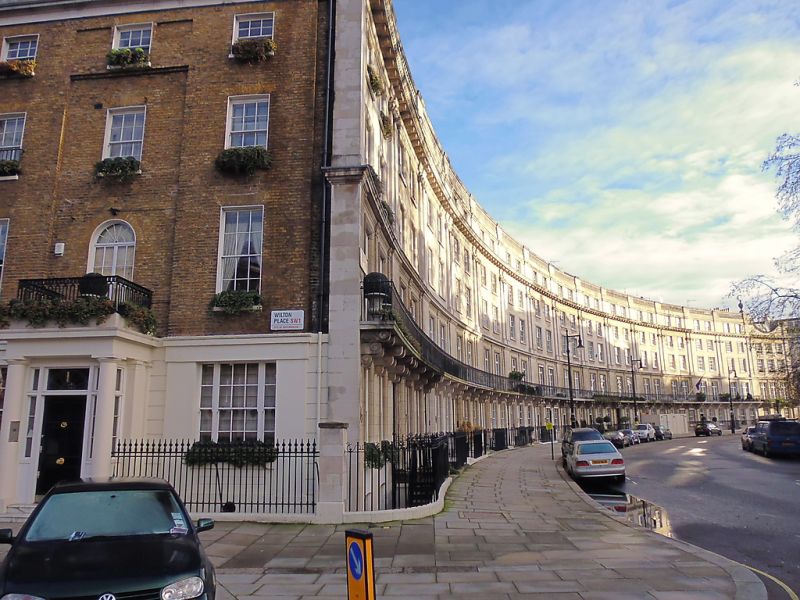 Quadrant of houses, forming eastern part of crescent. Earlier C19, refronted
early C20 by Balfour and Turner. Portland stone faced with brick and stucco to
return of No 16. Roofs not visible. Three storeys, with attics to Nos 17 to
29. Each house two windows wide, except No 30, which has 3 bays. Entrances to
left. Balconies with prominent brackets and wrought iron railings to first
floor, which also has applied Doric pilasters between the windows and subsidiary
cornice over second and third floors united by paired Ionic pilasters set between
houses. Heavy modillion cornice. Nos 17 to 29 with balustrade finished with
urns to either end. Nos 16 and 30 have dipped parapets each with ball finial.
Windows and doors square headed with architraves. Windows mainly sashed,
retaining glazing bars. French windows to first floor. Entrance to No 30 to
right, set back; entrance to No 16 to left in projecting stucco Doric porch.
Panelled doors (various); decorative fanlights. Area railings with Arts and
Crafts detailing. Part of planned layout with Nos 1 to 15 Wilton Crescent, qv.