A Grade I Listed Building in Elkesley, Nottinghamshire 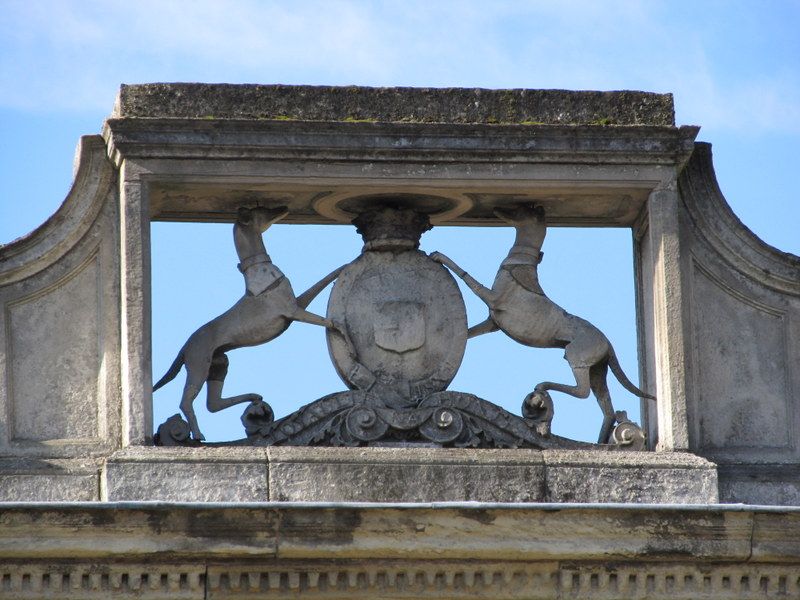 Gateway and attached lodges, gates, bollards and railings.
c.1770. Stephen Wright. Ashlar and iron, each lodge with 2
stacks. Set on a plinth. Central tall archway with ornamental
iron gates. Archivolt with fluted keystone. The spandrels
contain single recessed square panels each with round raised
centre. Reeded frieze, dentil cornice, balustraded parapet with
achievement of arms in central panel. The 2 archway piers each
have single recessed tall, round arched panels to road side and
niches to park side. At impost band level an entablature is
continued at either side above a colonnade consisting of 2
columns and 2 pilasters with fluted capitals with single central
small iron gate and outer iron railings. The band terminates in
single rusticated and pyramidal coped pilasters. The colonnade
carries a parapet which curves up towards the archway. Either
side are single storey lodges which curve round to project on
both the park and road sides. Each having a single central
opening in architrave surround with frieze and cornice set into
an elliptically arched panel and flanked by single tall round
arched niches. The road side openings have single glazing bar
fixed lights and the park side doorways with panelled double
doors. The end walls are dummy replicas of the central arch with
dentil cornices, each having a central blind moulded arch
supported on imposts with fluted moulding and containing a single
recessed round niche with fluted surround. In the spandrels
are single recessed square panels each with round raised centre.
Flanking the arch and set back are single rusticated pyramidal
coped pilasters. Above are single parapets curving up towards
the central balustraded parapet. To the road side, flanking the
gateway and following the line of the lodges, are 10 bollards.
These are attached to the rusticated pilasters via single iron
chains which also run between the bollards.