A Grade II* Listed Building in Wroxeter and Uppington, Shropshire 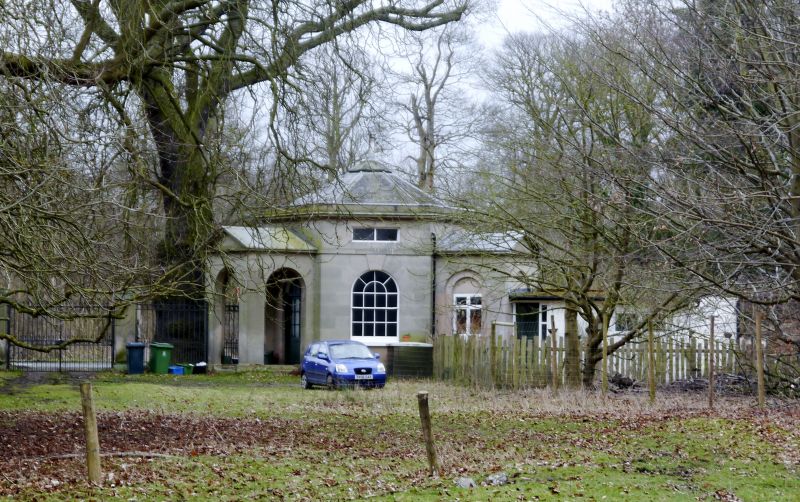 WROXETER CP
A5 (north side)
Tern Lodge and adjoining wall

Interior not inspected at time of survey, but it was noted that the ground floor windows are blocked by the first floor behind.

The Lodge is particularly important because of its rare and unusual plan-form as represented at Cronkhill Lodge (q.v.). A watercolour by Thomas Farmer Dukes now in Shrewsbury Local Studies Library shows the Lodge with an alternative domed roof lightly sketched in. The Lodge is probably part of Humphry Repton's landscaping scheme at Attingham Park (1797-98). It was formerly one of a pair each side of the A5 which were intended to "induce the stranger to conceive that he passes thro' the Park and not on the outside of it".