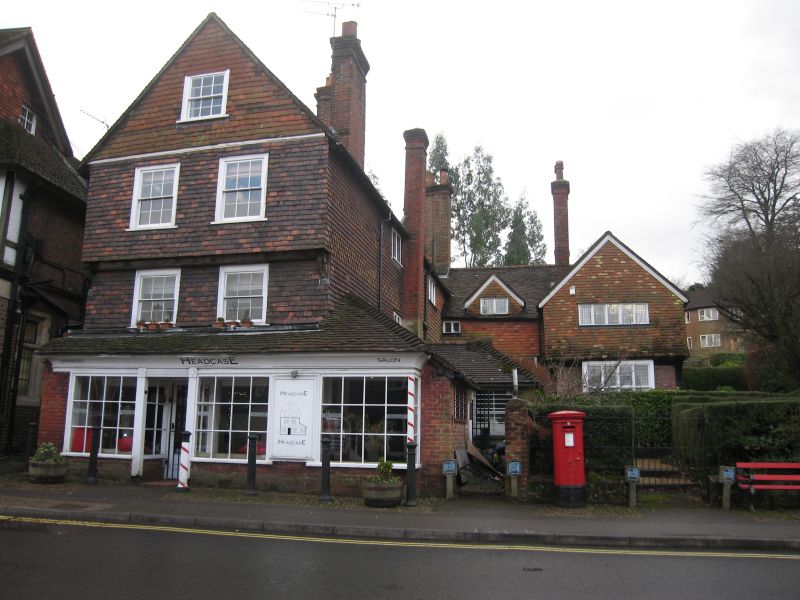 HIGH STREET
1.
5393
(South Side)
Half Moon House
SU 9032 NW 3/62 29.5.75.
II
2.
Timber framed house of circa 1500, once an open hall of 2 bays with a west cross
wing; and a later cross wing at other end. Heavy jowled posts and slightly cambered
tie beam to main truss with central peg hole suggesting crown post construction
although roof not accessible. Stout square framing is visible outside at rear
and on the west cross-wing which is jettied. Filling partly rubble and part brick.
Other rear elevations tile hung above, brick below and some small, galleted coursed
rubble masonry. Front-of 2 storeys, 3 bays of which the left is covered by projecting
wing joined to No 10. Timber framed. Right bay gabled and jettied. Tile hung
1st floor, brick-filled framing below. Large modern casements and a square bay
at right. Modern pent porch at left. Swept tiled roofs with tall brick chimneys.