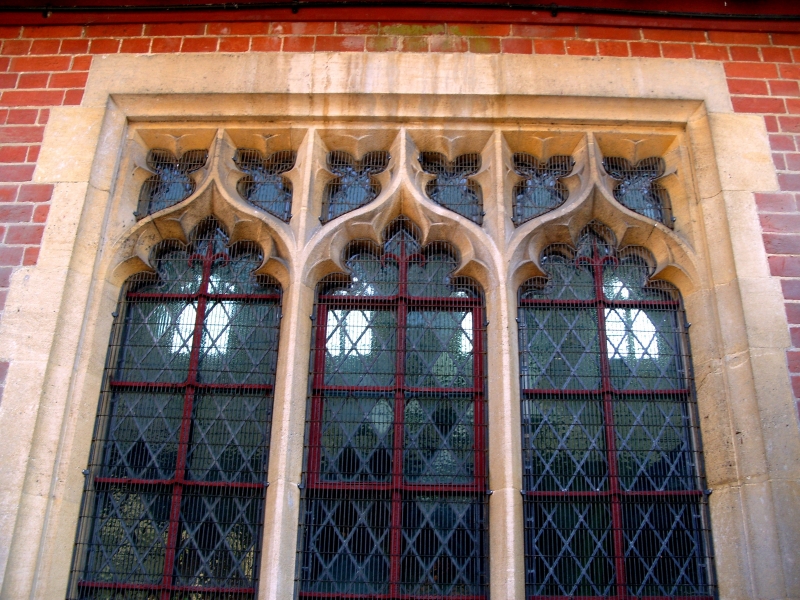 2.
1890 by Sir Arthur Blomfield, replacing church built in 1838. Church in Gothic
style of the 15th century, designed to include a (western?) tower which has not been
built. Chancel with south chapel (apsidal east end) and north vestries. Nave with
north and south aisles, of 4 bays, with 2 windows to clerestorey, one to aisle,
buttress along aisle walls.
Exterior has prominent red tile roofing, with stone copings to gables, carrying
cross finials. Red brickwork (English bond) with flush stone dressings, stone band
at cill height, plinth.
Traceried windows of 2 lights to clerestorey, 3 to aisles, and large traceried east
and west windows. Interior has double-hammer beam roof, full Perpendicular
treatment, contemporary furnishings, including floor tiles in chancel. Ornate font,
but also a Perpendicular font (apparently recovered from a local river; could have
belonged to Hamble Priory Church).
Plaque records the founding of the first church on 18 April 1836; this was struck by
lightning in 1875.