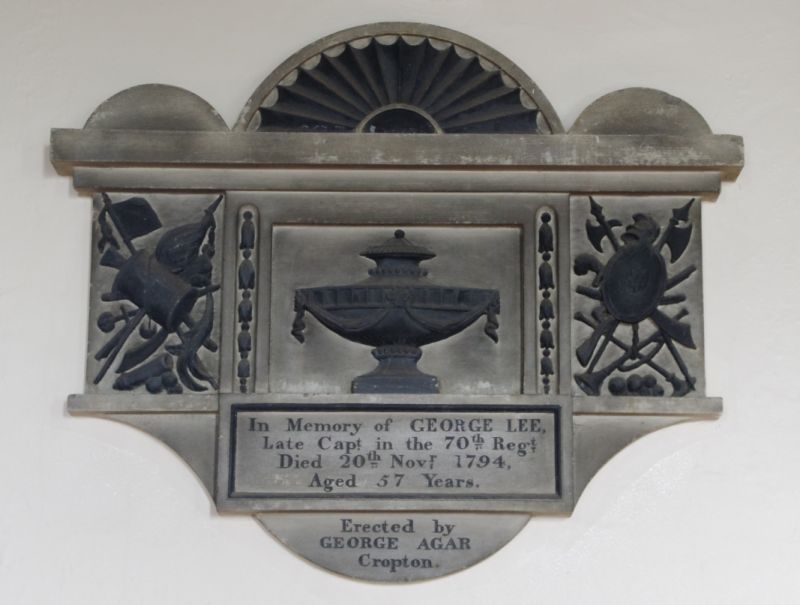 Church. Rebuilt in 1844, following a fire, by J B and W Atkinson. Squared
limestone on tooled plinth, with tooled dressings and slate roof. West
bellcote, 5-bay nave and north vestry; apsidal chancel. West end: central
offset buttress, flanked by round-headed windows in quoined surrounds with
coved hoodmoulds. Buttress rises to full height and is corbelled out to
become base of gabled bellcote. Bellcote has twin round-arched, roll-
moulded openings beneath coved hoodmoulds, and a centre shaft with scalloped
capital. Chevron-edged oculus in gable apex encloses a recessed quatrefoil.
Nave: south door in slightly projecting, pent-roofed porch: double board
doors beneath round, roll-moulded arch on shafts with scalloped capitals,
and chamfered hoodmould. Single window to west and 3 to east like those on
west end. Chamfered eaves course. On north side gabled vestry projects in
east end bay. Other bays contain similar windows, the middle 2 separated by
full-height offset buttress. East half-hexagonal apse, with window to each
side: half-hexagonal pointed roof. North. vestry has single window. Chimney
stack rises at base of nave roof, behind vestry. Coped gables with cross at
west end. Interior. C12 font on pedestal with nailhead moulding around
base. Wall tablet to Capt George Lee (d1794), of stone with relief carving
and incised lettering picked out in black.