A Grade I Listed Building in City Centre, Manchester 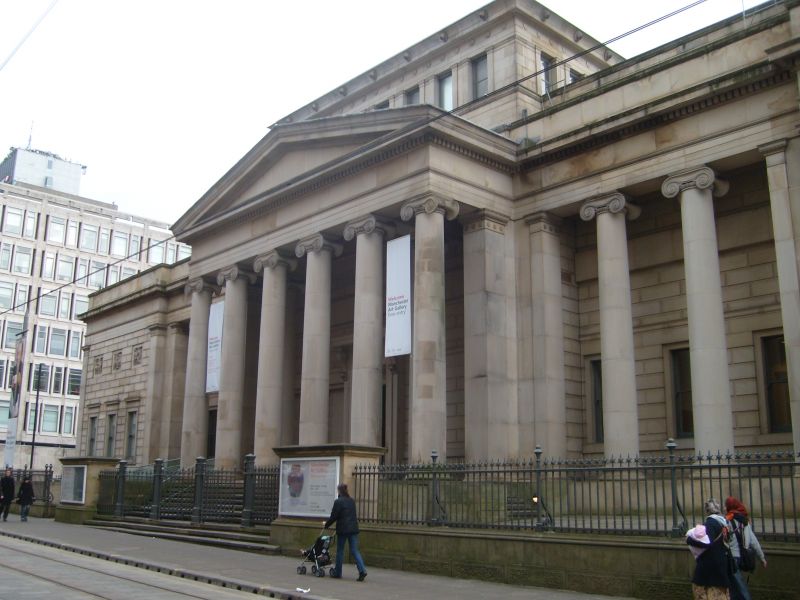 EXTERIOR: two storeys with the appearance of one, plus a central attic; a symmetrical composition with 3:5:3-bay main range flanked by slightly-projected pavilions, the whole raised on a plinth, and with a pedimented portico of six giant Ionic columns, three-bay colonnaded side ranges with Ionic columns in antis, plain corner pilasters to the pavilions, a continuous plain entablature, dentilled cornice and plain parapet with moulded coping; plus a rectangular attic behind the portico, flanked by set-back parapets over the side ranges. The portico, approached by full-width steps, contains a large doorway with moulded architrave and cornice on consoles; the rear walls of the colonnaded side ranges have windows with plain reveals; the pavilions each have three sashed windows at ground floor with simple architraves and cornices, and three small rectangular panels above with statuary. The attic (forming a lantern to the entrance hall) has small windows with pilaster jambs, and a frieze and moulded cornice with roundels (etc).

HISTORICAL NOTE: Manchester Art Gallery was the site of the first attack on artworks by suffragettes. On 3 April 1913 Lillian Forrester and Evelyn Manesta were discovered smashing the glass of paintings in Room 2. Thirteen pictures by artists such as Millais, Burne-Jones and Rossetti received damage estimated at over £100 in total.

Forrester (who had a previous arrest) and Manesta were both associated with the militant suffrage organisation the Women’s Social and Political Union (WSPU), formed in Manchester by Emmeline Pankhurst in 1903. In court they explained that they were acting in protest at a recent prison sentence given to Mrs Pankhurst for her own suffragette militancy. While in prison, Forrester and Manesta were covertly photographed using new surveillance cameras and the pictures were circulated to art galleries across Britain to prevent further attacks. Despite this, other women followed their example and there were a spate of similar suffragette strikes on art galleries and museums the following year.