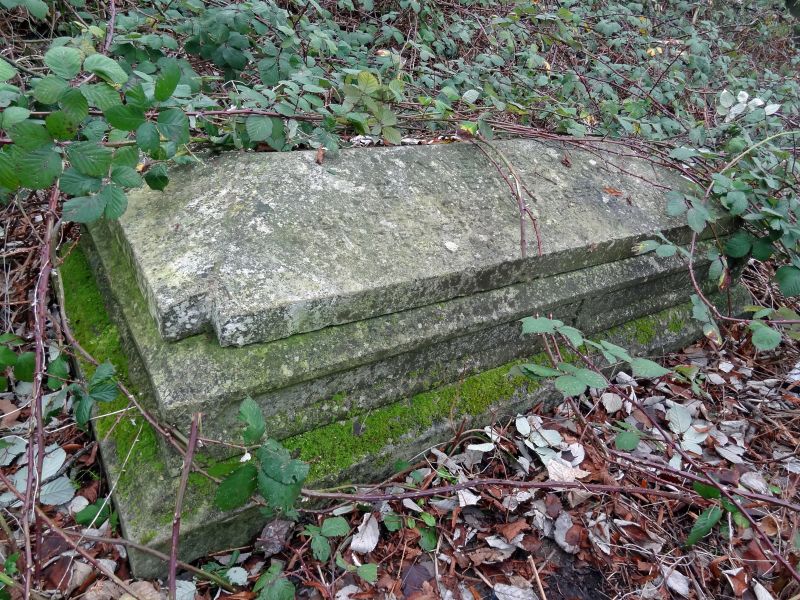 DESCRIPTION
The memorial takes the form of a low chest tomb, with hipped table and an extended kerb. It is inscribed on the faces of the table to EMMA BRENT GOOCH and dated 1872, and WILLIAM FREDERICK GOOCH, added in 1915. The low kerb extends on all sides of the tomb.

William Frederick Gooch (1825-1915) was the youngest brother of Sir Daniel Gooch (1816-1889), who was the first Superintendent of Locomotives at the Great Western Railway, and was responsible for identifying the site for the new engineering works at Swindon. William Gooch trained as an engineer under his brother in Swindon, then in 1851 moved to Devon to become Superintendent of Locomotives at Newton Abbot, producing locomotives for the South Devon Railway. In 1857, William returned to Swindon to take up the post of manager of the GWR Works, which he held until 1864 when he became managing director of the Vulcan Foundry at Newton-le-Willows. He died in 1915, and although buried elsewhere, was commemorated by the inscription added to his wife’s tomb at the Church of St Mark in Swindon.

Historic interest:
* as a memorial to William Gooch, who was manager of the celebrated Great Western Railway works in Swindon from 1857 to 1864.

Group value:
* with the Church of St Mark (listed Grade II), in whose churchyard it lies, and all the listed buildings of the Swindon Railway Village to its east and south, created as part of an overall plan to provide the staff of the works and their families with integrated housing, health, welfare and leisure facilities.