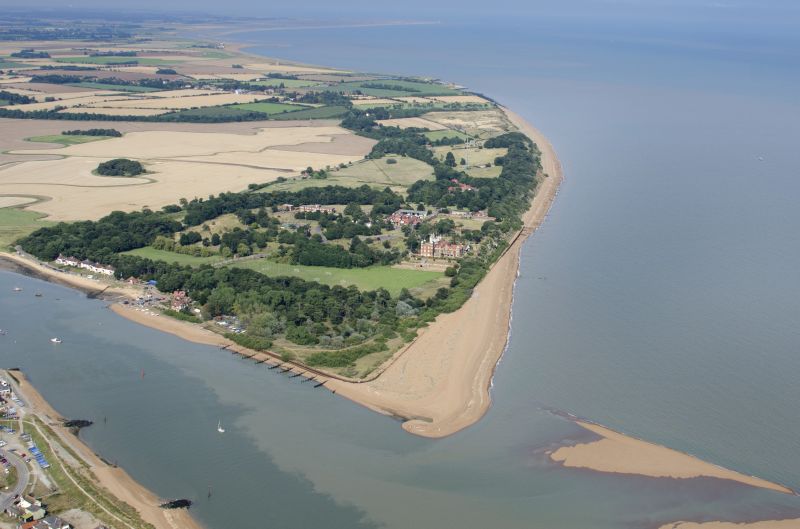 Interior: The lobby has a panelled ceiling with moulded ribs and square
bosses. Panelled double doors with spiral brass handles lead to the ground
floor corridor which has oak panelling below the moulded dado and a
panelled ceiling. The bar has richly panelled doors, as have all the
principal rooms in the house. Oak chimney-piece including some 17th
Century panelling to the overmantel. Dining room: plaster ceiling with
strapwork, oak panelling to the walls, having linen-fold to the lower body,
recessed panels above and strapwork panels below the cornice. To either
side of the windows and flanking the fireplace, a fitted sideboard and
running along the side walls, are projecting colonettes, either plain with
a band or having strapwork enrichment. Similar pilaster responds. Hermes
and Caryatids to the overmantel. Hall: of 2 storeys, having oak panelling
to the lower level. Painted Italianate ashlar fireplace. Landing running
around 2 sides of the room with richly moulded open balusters of Jacobean
form. Heavy moulded beams to the ceiling including one pseudo-hammer-beam
truss with arched brace and dropped knops. Drawing Room: Panelling and
plaster ceiling in a loose Louis XVI style. Study: panelled oak ceiling
with moulded beams, moulded wall panelling below the dado and leather
panels above it with lions passant and fleurs de lys stamped in gold.
Staircase Hall: panelled oak walls. The staircase is of 2 flights with a
quarter-turn and has panelled newels with decorative knops and dropped
knops, a moulded handrail and strapwork panels to the balustrade. Billiard
Room: raised benches to the side walls of stamped and buttoned leather with
quadrant benches to either side of the fireplace. At either side of these
three recesses are Corinthian pillars of varnished oak with cabling to
their lower bodies and similar clasping pilaster responds. Coved ceiling
divided into panels by caryatids in relief and having masks and Mannerist
cartouches to the panels, and a central rectangular skylight. A smoking
room leads off from this with panelled walling, an ingle-nook with 4-
centred arch and fire surround of green tiles. Richly moulded plasterwork
to the octagonal dome above one end. The stairs to the attic floor are of
3 flights with 1/4-turns and a panelled dado, square newels, ball finials and
open strapwork to the balustrade.
SOURCE: Eric Sandon, Suffolk Houses, 1977