A Grade I Listed Building in Lavenham, Suffolk 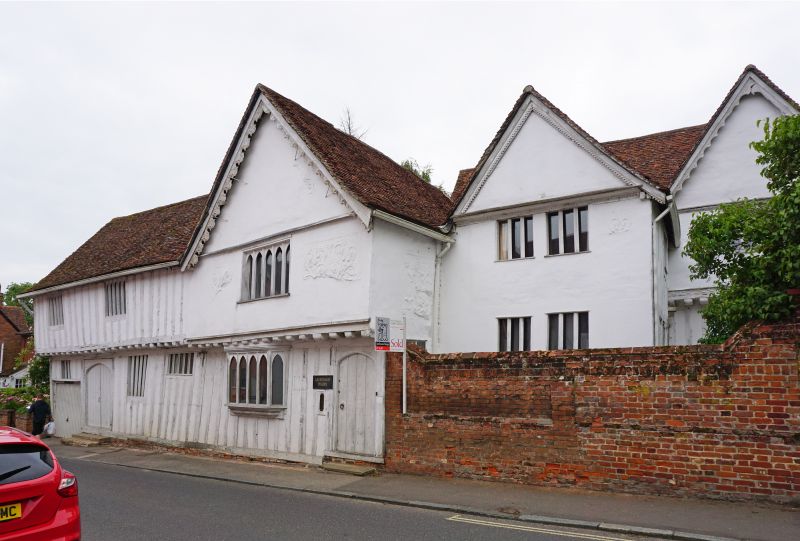 LAVENHAM WATER STREET
1.
5577
(south side)
No 69
(The Priory)
TL 9149 50/691 23.1.58
GV
2.
Originally a C15 building, with later alterations and additions. It
stands back a little way from the street and adjoins the cross wing of
No 68 on the west. A brick wall of about 6 ft high protects the front.
The original house had a main block with a cross wing at the west end.
The main block is now obscured by the cross wing of No 68 and by another
gabled wing to the west of it. Roofs tiled. Two storeys. The timber-framing
is exposed on the west side of the centre gabled wing and on part of
the upper storey of the west side of the cross wing. The cross wing
has a jettied upper storey on the north gabled front on exposed joists
and an embattled bressumer, also carved bargeboards and bressumer to
the gable. There is the remains of some elaborate floral pargetting
similar to that of No 68. The windows are mainly double-hung sashes
with glazing bars and there are some blocked original windows under the
eaves. Nos 68 and 69 are said to have been one large building known
as the Priory, originally owned by the Priory of Earles Colne, Essex.