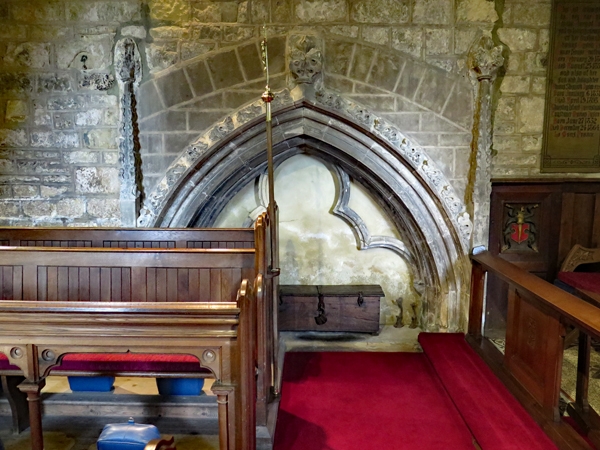 Monuments: stone benefactions tablets on south aisle wall, one is a corniced and architraved plaque recalling the gift of £60 p.a. by John Gleadhall (d1688). Wall monument over aisle pier to Betta Sheppard (d.1766) et al. has an open segmental pediment with ball finials. Painted arms of Geo. I and date 1724. Brass behind pulpit to Ralph Purslove (d.1726). In chancel a cross slab to left of altar and on right a grave slab to Nathaniel Eyre (d.1717).