A Grade I Listed Building in Standish, Wigan 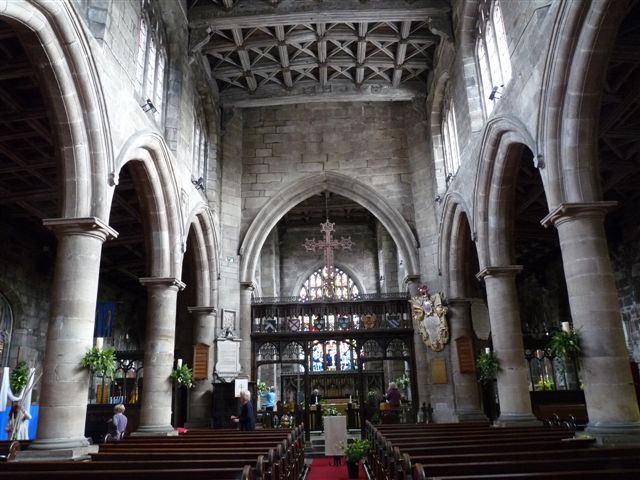 Interior: nave and chancel arcades have pointed arches on Tuscan columns with plinths, believed to be the earliest use of the order in the country. Richly moulded roof beams, to all roofs, nave has tie beams with armorial bearings and date, that to north aisle has ovolo-moulded beams. Some plaques above arcades, one dated 1584, opposite initials of rector (Richard Moodie) on hood stop. Late C19 chancel and chapel screens. C17 communion rail, pulpit with richly carved panels dated 1616.

A rare example of a late C16 church.